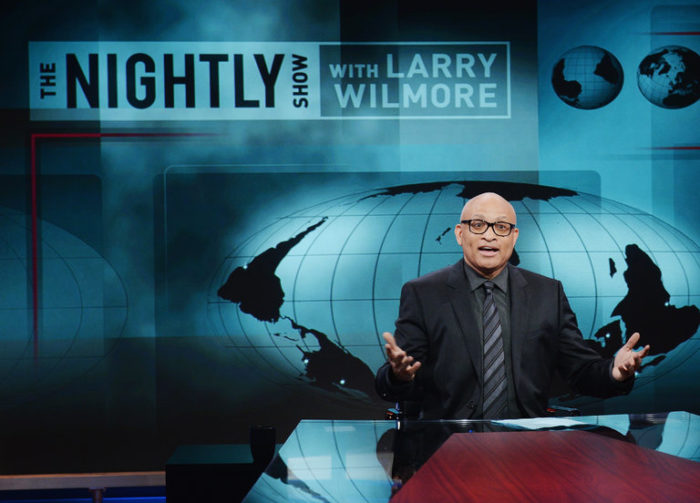 NEW YORK (AP) — Comedy Central’s “The Nightly Show with Larry Wilmore” is coming to an end.

The late-night humor and talk show, which premiered in January 2015, will conclude its run Thursday, the network announced Monday.

The program, which filled the slot vacated by Stephen Colbert when he jumped to CBS, sought to explore current events and larger life issues as presided over by Wilmore, who previously had served as “senior black correspondent” on “The Daily Show.”

But audience acceptance of “The Nightly Show” never approached its “Daily Show” lead-in, neither during the regime of Jon Stewart nor that of his successor, Trevor Noah, who took over last September.

Comedy Central president Kent Alterman praised Wilmore and his team for “crafting a platform for underrepresented voices.” He said the show had steadily improved, “but unfortunately it hasn’t resonated with the audience in a way that it would need to for us to continue.” […]

“I’m really grateful to Comedy Central, Jon Stewart, and our fans to have had this opportunity,” Wilmore said in a statement. “But I’m also saddened and surprised we won’t be covering this crazy election, or ‘The Unblackening,’ as we’ve coined it. … I guess I hadn’t counted on ‘The Unblackening’ happening to my time slot as well.”

Though the end of “The Nightly Show” eliminates a rare black-hosted program from the mainstream airwaves, Alterman dismissed any suggestion that race played a role in the show’s ratings failure or that a minority host might not be considered in the future.

Said Alterman conclusively, “We’re all in with Trevor Noah,” who is black.

“We feel so solid about Trevor and what ‘The Daily Show’s’ doing,” he elaborated, and noting that, at 32, Noah is a millennial “and native to the social media, multi-platform landscape,” declared that total views of “The Daily Show” across all platforms from Noah’s premiere until now are up 22 percent from what they were a year ago with Stewart as host. More

Sylville Smith's Sister: If We Don’t Get Answers, We’re Gonna Find Them Our Way