Whoa, this keeps making the Nixon scandal look like a grade school offense. There is a reason President Trump isn’t firing Robert Mueller… He has nothing to hide, but the Democrats apparently do.

Responding to outraged Democrats on Thursday, the Department of Justice confirmed that texts between two FBI agents bashing Donald Trump were leaked to the media before members of Congress and that the release was not authorized. 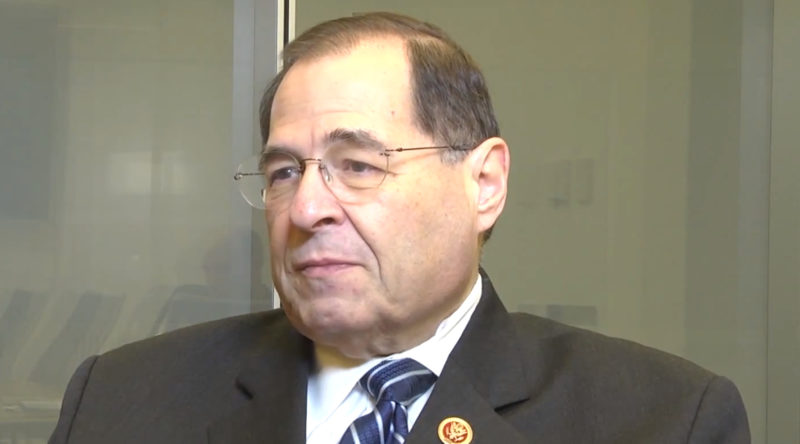 Judiciary Committee ranking member Jerrold Nadler and two other Democrats confronted the Justice Department on Thursday demanding answers as to why the damning text messages between FBI employees working on the Russia witch hunt were made public.

According to a report from Politico, the angered Dems are seeking a full review of DOJ’s decision making that lead to roughly 375 texts between Peter Strzok and Lisa Page being leaked on Tuesday.

In a letter sent to DOJ Public Affairs Director Sarah Isgur Flores, the Democrats demanded to know the names of the DOJ officials who had evaluated the messages for release, names of those at the DOJ who approved the media sharing the messages as they were still being delivered to Congress, and which reporters were present at the Tuesday evening briefing. They also sent a letter with similar demands to Justice Department Inspector General Michael Horowitz.

“As we understand now, some members of the media had already received copies of the texts before that — but those disclosures were not authorized by the department,” Flores said in a statement to Politico.

The shocking text messages between Strzok and Page, who were also having an affair, have lead many to question the integrity of the FBI and their handling of both the Russia probe and the Hillary Clinton email investigation.

“I want to believe the path you threw out for consideration in Andy’s office – that there’s no way he gets elected – but I’m afraid we can’t take that risk,” Strzok texted on Aug. 15, 2016. “It’s like an insurance policy in the unlikely event you die before you’re 40.”

REPORTER: Tick Tock... ‘Mark My Words, The House is Going To Be Rocked in The Coming 72 Hours’