These people are not true ‘refugees.’ This is a planned assault on the sovereignty of the United States of America. They should not be treated like refugees or asylum seekers, but rather as a mob whose intention is to destroy the integrity of our border.

They should seek asylum in Mexico since they already speak the language. 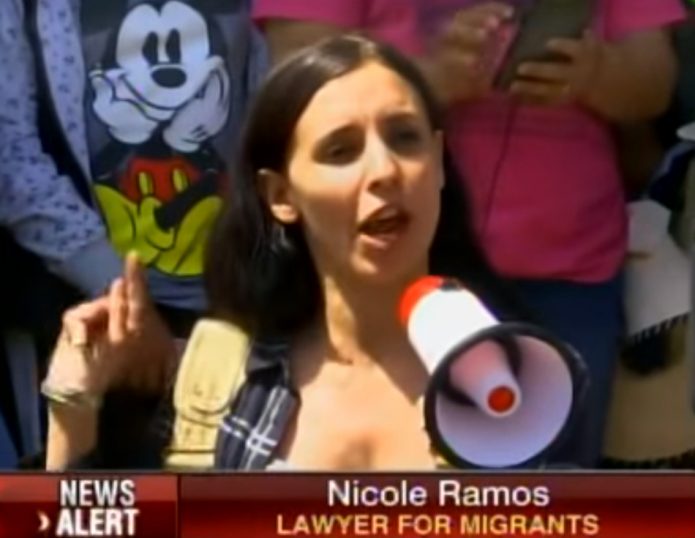 An American lawyer for illegals trying to cross the border is demanding that they be taken in:

NO REGARD FOR US LAWS:

Members of the caravan from Central America climbed on top of the border fence (see video at the bottom of this article) at Tijuana, Mexico last weekend. The Border Patrol Union President considers this proof they have no regard for U.S. laws:

Over the weekend, hundreds of caravan members set up camp on the Mexico side of the fence, just miles south of San Diego.

The group refused to leave after U.S. Customs and Border Protection officials informed them they cannot process that many asylum seekers in a day, a move Judd said was done only because of President Trump’s instruction to end “catch-and-release” policies that were used during former presidents George W. Bush and Barack Obama’s administrations.

“Under the Obama administration, we just let anybody and everybody that came to the ports of entry, we would take them, we would process them. Then we would release them under the catch-and-release program which, of course, was the magnet that caused people to come to the United States and make illegal entries,”

“But, if somebody comes to the port and says, ‘I’m here for admittance. I’m legal, I can come in.’ Then you have to take them into custody and you have to process them,” he added. “The left-leaning outlets — the fake news if you will — what they are trying to do is trying to portray this as a legal process. Well, if you do it legally, the United States has the right to say, ‘Well, no, don’t come in this way.’”

Judd also said Democratic lawmakers would be smart to deal with Trump’s demands for a border wall and other security measures because the issue is a rallying cry among Republican voters.

Please take note of the pre-printed signs they have.