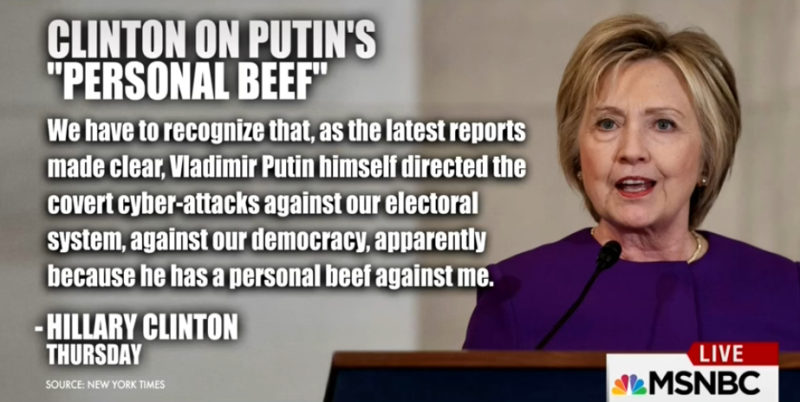 The blame game continues… Leaked audio of Hillary ranting about shy she lost the election has surfaced.

She’s making excuses and refusing to believe the real reason she lost was because she had nothing to offer the American people but lies, corruption and coverups!

Her juvenile behavior is showing us that Americans made the right choice. Hillary on your big girl panties and take a hard look in mirror, because you are the only one to blame here!

Audio has been released of Hillary Clinton blaming everyone but herself for losing the election. Namaely, she blames Vladimir Putin and FBI Director James Comey for her loss to President-elect Donald Trump.

Hillary spoke to campaign donors at a private party in New York City a few days ago and the audio has been released of what she had to say. From the sounds of it, she is missing one important element of losing the election….SHE lost the election because of her email scandal, period. More