There are few people dumber than Sheila Jackson Lee in Congress & she’s quite possibly one of the dimmest stars in the entire galaxy. 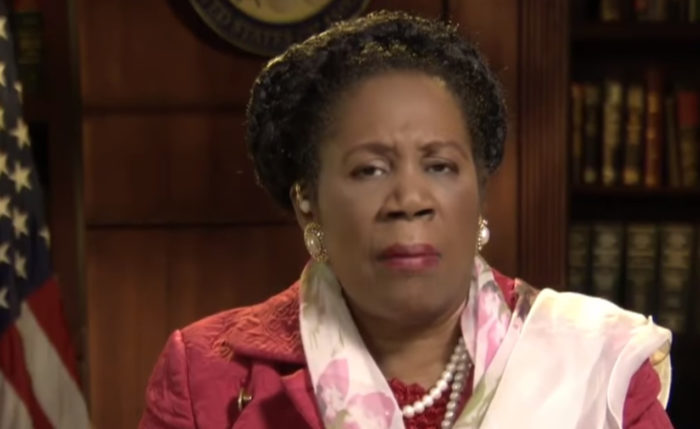 She meant Democrat Doug Jones, but she bestowed upon him the last name of Roy Moore, the Republican who Jones defeated.

“Sweet home Alabama. Thank you Alabamians and Doug Moore. Good has prevailed and our country is on the way to a new day #ikneel,” she wrote. Read more at Free Beacon.

The lawmaker has called for President Trump’s impeachment and has kneeled on the House floor.

Lee’s tweet comes amid reports that Moore refuses to concede the Alabama Senate race. The candidate told his supporters Tuesday night that they have to “Realize when the vote is this close, it is not over.”

“We’ve still got to go by the rules about this recount provision,” added Moore.

“We…know that God is always in control.”

Roy Moore: “Realize when the vote is this close, it is not over. We’ve still got to go by the rules about this recount provision.” https://t.co/3ucYMNGgjD pic.twitter.com/RtC5h4OY6C

Texts Between FBI Officials Peter Strzok & Lisa Page: ‘F–k Trump, Loathsome, No Way He Gets Elected, But We Can’t Take The Risk’

USA Today: President Trump Is ‘Not Fit To Clean The Toilets’ At Obama’s Presidential Library