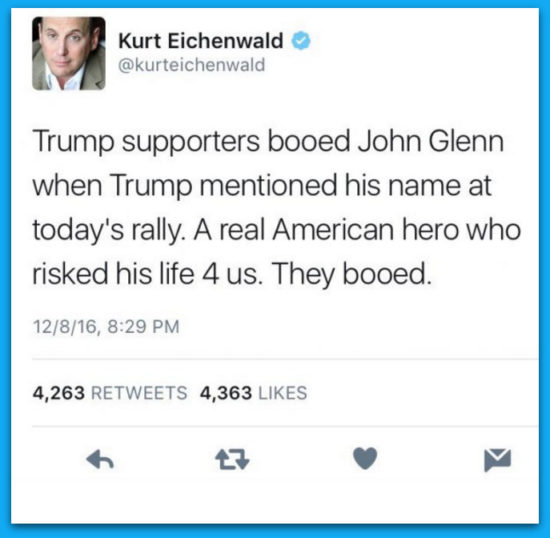 Of course no one in his company will take this idiot to task for what he did. And this is what real news amounts to?

Newsweek reporter Kurt Eichenwald is the definition of fake news.

He would later go on to delete the tweet, but not before being screenshotted by Mediaite’s Alex Griswold and receiving thousands of retweets.

Eichenwald doubled down on the claim, which was soon to be proven totally false.