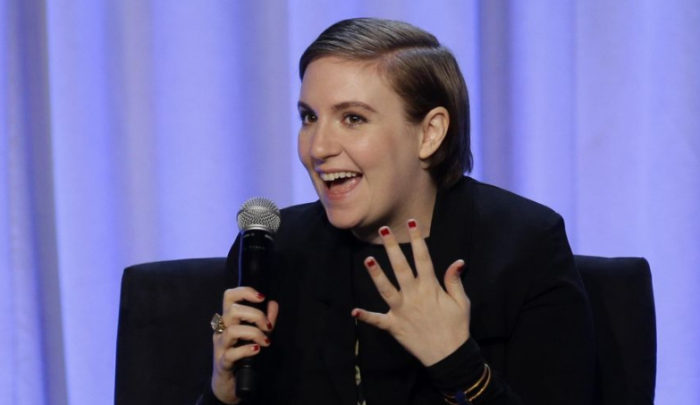 Lena Dunham is sad she didn’t have the opportunity to kill her unborn child? Wow, that is really messed up! How psychologically disturbed is she?

Actress and producer Lena Dunham is setting yet another precedent for abortion-obsessed Hollywood: wishing for the opportunity to have had an abortion.

On Thursday, Dunham released the latest episode of her Women of the Hour podcast titled “Choice.” Dunham called her audio show a “safe space” for her audience to think about issues like abortion. Abortion as she saw it, that is.

“I’m a pro-choice woman,” Dunham admitted from the beginning. She credited her mother for her stance: “From an early age, she taught my younger sibling and me to say ‘anti-choice’ instead of ‘pro-life’ because she wanted to make sure that we knew that everyone is pro-life. Some people are anti-choice.”

But in her abortion campaign, Dunham not only saw herself combating “anti-choice” citizens, but also fighting a general “cultural stigma.”

“Something I’ve thought about a lot is the fact that there is stigma around abortion,” she complained. “We all know that there’s cultural stigma, it’s hard to put an abortion on network TV.”

As a show writer and producer of HBO’s Girls, Dunham sure has done a poor job of watching TV. Just last year, ABC’s Scandal showed an abortion scene to the tune of “Silent Night,” and this year, shows like Jane the Virgin, Crazy Ex-Girlfriend and You’re the Worst also highlighted abortion. Even Gilmore Girls is teasing abortion plotlines yet to come.

But as far as stigma, Dunham saw herself as a part of the problem. More