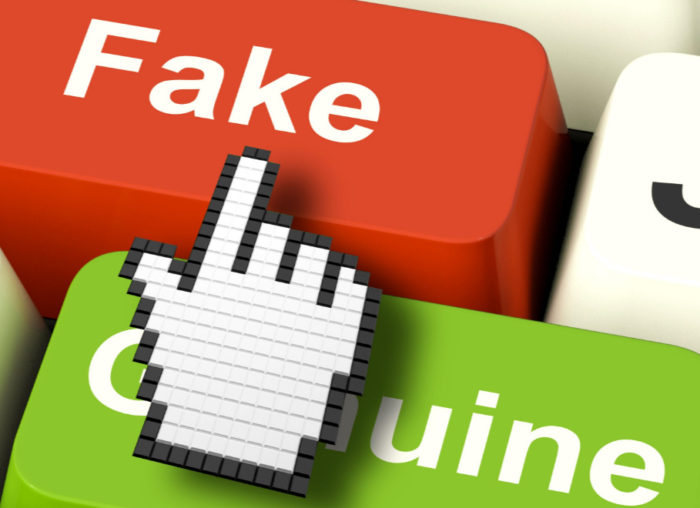 A new effort launched this week by staffers at Slate, the predominately left-leaning online magazine, intends to stop the spread of so-called fake news stories across the web’s largest social network.

“This is Fake,” a browser plugin unveiled by Slate on Tuesday, gives Facebook users advance notice of illegitimate articles before they can be tricked into navigating away from the website.

The product of a post-Election Day hackathon, the plugin visually warns Facebook users of the presence of fictitious articles being shared on social media by placing a bright red banner on content considered by Slate to be “fake news.”

By cross-referencing content with a database of websites already deemed bogus by Slate’s staffers, the plugin automatically flags articles hosted on website that have been determined to be devoid of actual news with the warning: “FAKE: This story comes from a source known for spreading fake news.

Additionally, Facebook users who install the plugin can manually flag content on their own as bogus, sending it to Slate’s editorial staff for further review. Unlike similar attempts waged previously, however, the plugin also gives users the ability to provide a link to an actual article debunking the bogus content, allowing future would-be readers to consider an article’s validity by comparing it with authenticated, actual news. More

Biden To Reporter: Are There Republicans Who Think We’re Sucking The Blood Out Of Kids? (Video)
July 23rd, 2021 Conservative Firing Line
SHARE