Hollywood needs to be put out of business. If this summer is indicative, it just might be happening…

Liberals are truly miserable people…  She has a total lack of respect for the victims of Harvey and if she thought her career was going nowhere before she opened her mouth well now it’s just completely over.

TGP: How poisoned are the minds of liberals these days over President Donald Trump? A National Day of Prayer for victims of Hurricane Harvey declared by the president was blasphemed by actress and liberal activist Alyssa Milano as “National Asshole Day” because: Trump. 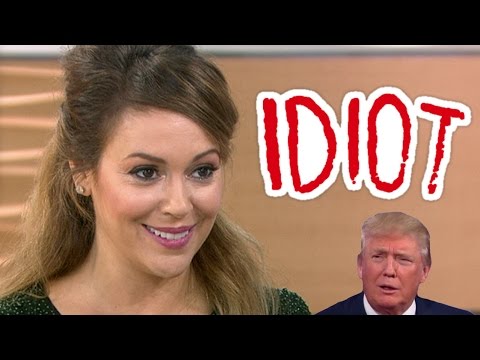 Milano, who played a witch in the TV series Charmed, took to Twitter late Sunday night to expose her inner demons:

Milano retweeted with comment a tweet by President Trump Saturday night reminding Americans that Sunday was a National Day of Prayer.

Earlier this summer Milano lashed out at Sen. Ted Cruz (R-TX) when he tried to join a cyber group hug.

Milano came to fame as a child star in the hit 1980s TV show “Who’s the Boss” and later co-starred in the hit TV show “Charmed.” Milano’s acting career has not caught fire since Charmed ended its eight-year run in 2006. She campaigned hard for several Democratic House candidates in special elections this year. Her candidates lost to the Republicans.

Updated with screen image in case of deletion. 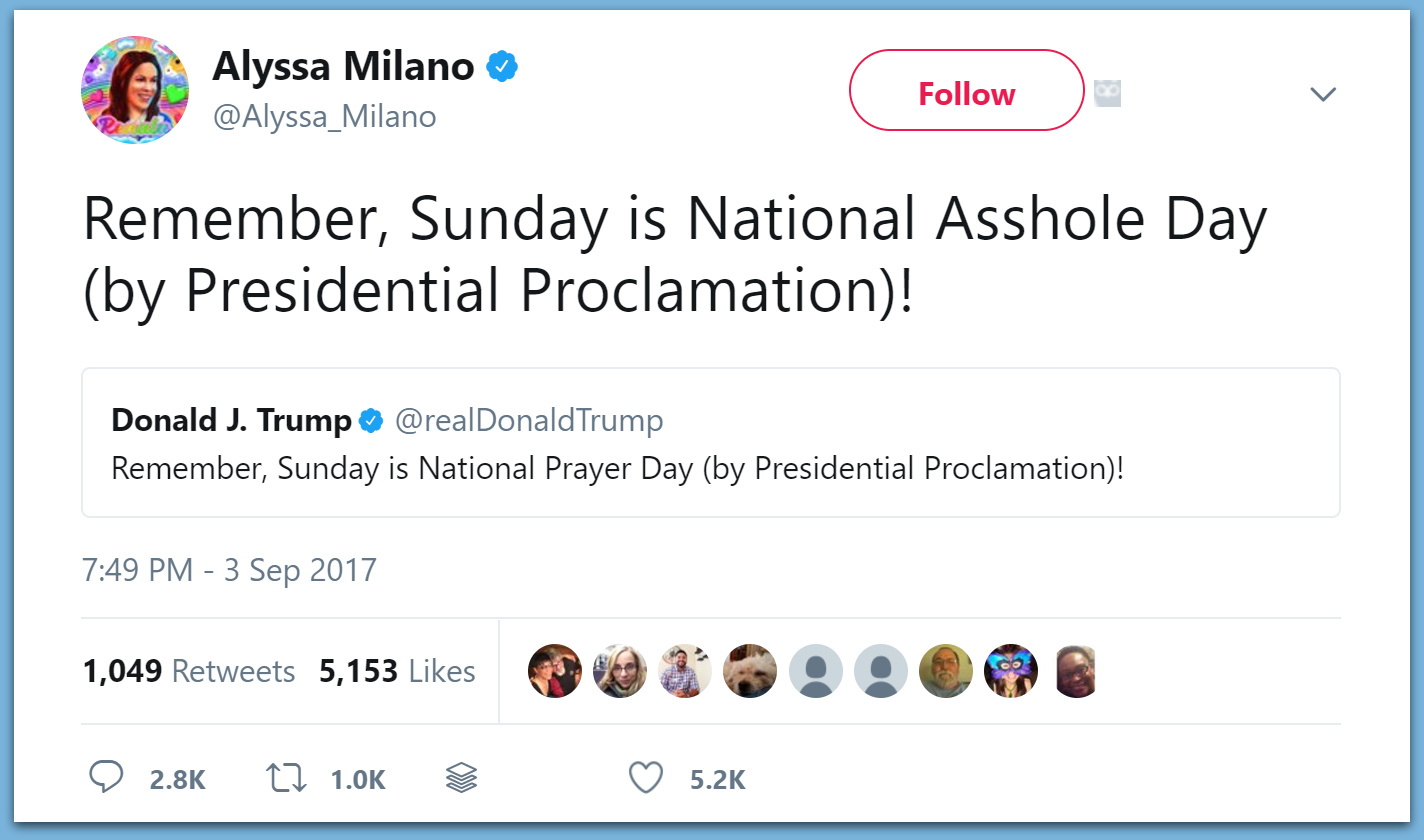 Mother Of Police Officer Murdered By DREAMER Asks Politicians This One Question!