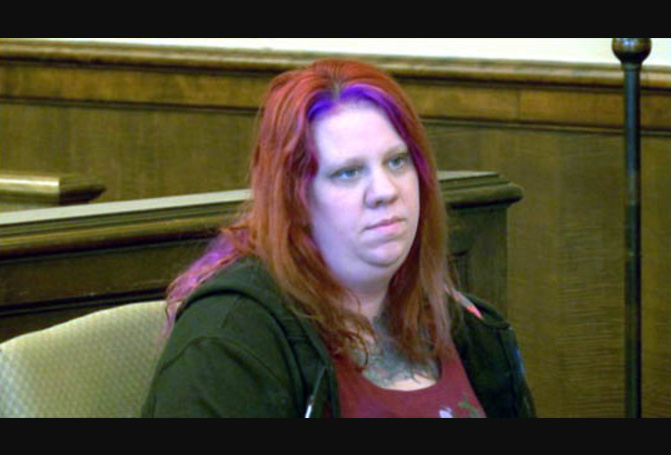 Just another one of those fake voter fraud cases that democrats say don’t exist. Nothing to see here.

Wow… the courts sentenced her to only 6 months. VOTER FRAUD is a very serious crime and the courts actually treats it like a petty crime. We need to do something about our criminal justice system.

Its all about the end game for liberals…to hell with the rules.

A court in Ohio sentenced an environmental activist to six months in jail after pleading guilty to 13 felony counts of voter fraud.

Hammonds was a paid canvasser for the Ohio Organizing Collaborative (OOC), a liberal activist group that was active in registering voters in the southern part of the county during September and October 2015, when the voter registration fraud occurred. In October of that year, the county elections board director contacted the sheriff’s office after his staff began finding discrepancies in voter registration applications filed by OOC, including five submitted in the name of dead people.

Ironically, In October 2015, The sheriff’s office conducted the initial probe before turning the investigation over to the Ohio Bureau of Criminal Investigation, a division of the Ohio Attorney General’s Office, which handled the prosecution. The felony charges carried a maximum possible one-year prison sentence on each count. Brian Deckert, an associate assistant attorney general, had recommended a one-year prison sentence for Hammonds but he did not oppose her request for probation. –Salem News

In an ironic twist, Hammonds group once accused the local Board of Elections of engaging in voter fraud themselves.

Hammonds was one of two supporters of a Youngstown anti-fracking charter amendment on the Nov. 3 ballot that questioned the legitimacy of the results of the last time the proposal was on the ballot, losing by 15.4 percent.

The accusations drew a quick response from David Betras, vice chairman of the Mahoning County Board of Elections, who said: “You just basically accused this board of elections of election fraud. I can’t help it if some rinky-dink polling company did a poll for you and the results are different. This is just ridiculous. I’m not going to let you impugn the integrity of this board and our staff. I’ve got news for you: Mitt Romney’s poll said he’d win on Election Day [in 2012]and he didn’t. I find it highly offensive you’d accuse me of a crime.” –Vindy

“It’s our last great hope that our elections are fair, and it seems to have gone wrong on the local level,” a representative of the group said at the time. “Something has run amok.”

Indeed it has, but little did he know it would involve a member of his group.

The Judge in Hammonds case could have granted her probation, though he felt the charges were too serious to overlook.

“I just can’t overlook this,” Judge C. Anthony Pike said. “You attempted to violate the integrity of our election process in the county.”

He then ruled that Hammond “made a mockery of our system.”

“If 180 days (in the county jail) doesn’t teach you a lesson, nothing will.” –Political Insider

Without Any Evidence, Maxine Waters Says Salacious Allegations About Trump In Russian Dossier Are True