DISGUSTING! Truly Evil Liberals Attack Eric Bolling Over the Death Of His Son

I can not imagine in the midst of another human beings deepest heartache while they are enduring the deepest soul pain imaginable, thinking, much less expressing such disgusting sentiments even to my worst enemy. Shame on these sick and twisted people. They will all be accountable before God one day…

May God help the Bolling family during this most difficult and trying time. 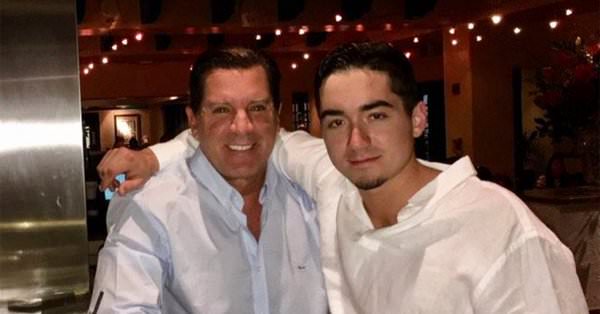 TGP: Eric Bolling’s teenage son passed away last night, according to Huffington Post journalist Yashar Ali. A source told Mediate that the cause of death was suicide although a new report suggests he may have accidentally overdosed on drugs.

Bolling broke his silence on the death of his only son, 19-year-old Chase Bolling, saying he was devastated and needed prayers.

He also sent out an update from authorities regarding his deceased son’s condition and asked for respect during his family’s grievance period.

But that didn’t stop the evil liberals from attacking a man who is in excruciating pain over the untimely death of his own son. Nothing is too low for liberals.

TMZ reported on the tragic death of Eric Bolling’s son and the liberals savaged the comments section with outrageous attacks. Many people were saying this is ‘karma’ for being a Trump supporter. Sick.

Eric Bolling lost his 19-year-old son and the response from these cretins? “karma” and “got what he deserved”

Fuck him & his worm food son. Black suffering was excusable and entertaining to Mr Bolling. I feel nothing. #karmahttps://t.co/5GHnA3X706

@SpencerKarter Once again, #Karma came back 2 ex-#FoxNews host #EricBolling! His son has passed away, and I don’t feel sorry 4 him!

Karma is your cheat on your wife and your son dies of drug overdose https://t.co/AfouhOFiRp

Clearly sins of the father come to visit the son. The man was a dick pic sending creep. And Karma just hit him twice. Good riddance, lol pic.twitter.com/fr3aMLlfPh

#EricBolling wanted ICE to go into schools to wrench other peoples children from the only life they have known. Now his son is dead. KARMA

DISGUSTING! Truly Evil Liberals Attack Eric Bolling Over the Death Of His Son