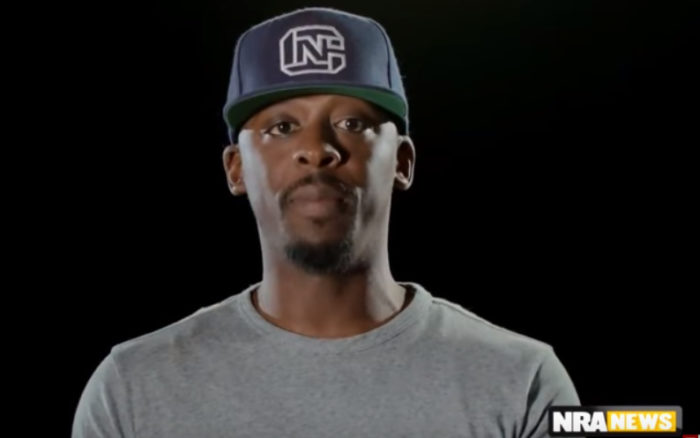 Is he suggesting liberals are using race to push their agenda? Whoever heard of such a thing? Actually, the Liberals don’t want anyone to have a gun, except to protect the political elite. They don’t want any walls either, unless it surrounds their own residence.

While at the exhibits, stop by the Mossberg booth (No. 3223) for an opportunity to see and shoulder the latest 2016 offerings. Additionally, Mossberg will host celebrity appearances each day of the Convention to give fans and media personnel an opportunity to meet, greet and talk guns with Colion Noir, NRA News Commentator and the host of NOIR, and Team Miculek – Jerry, Kay and Lena.

As the title sponsor of the NRA’s NOIR Online, Mossberg is proud to host Second Amendment supporter and practicing attorney, Colion Noir, in celebration of our right to firearms ownership and the American values that go hand-in-hand with those freedoms we enjoy. Noir will sign autographs, be available for photographs and talk with fans for an hour each day. More

Burlington College, Once Led by Bernie's Wife, Closing Due to Debt