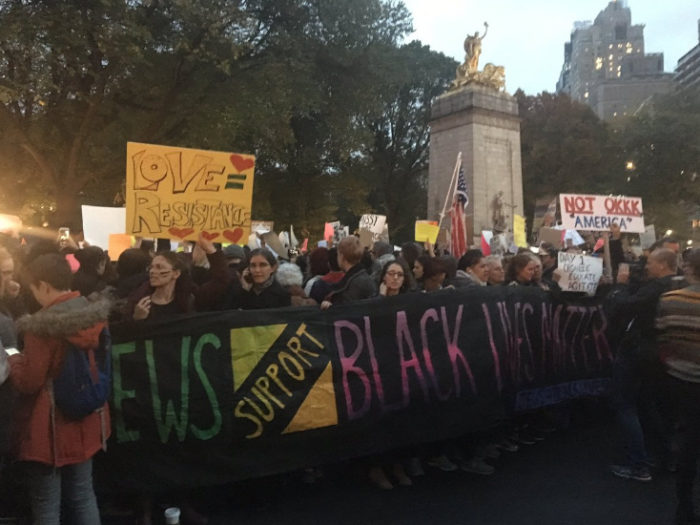 This is just ridiculous! Just some more liberal “tolerance” and “diversity” on full display. Dear protesters, Last night you witnessed democracy in action, deal with it or just leave! Soon you all can do that in your own country when you all get deported.

Hundreds of demonstrators began gathering in Union Square Wednesday evening ahead of a pair of protests against President-elect Donald Trump.
Facebook events for demonstrations in Union Square and Columbus Circle were created on Wednesday morning, with more than 10,000 Facebook users responding that they would be present at the protests. More