Is the tipping point with Muslims when their percentage of the population hits 5%? After that, they feel comfortable and revert to their natural state of killing and hating infidels.

If Islam was truly a “religion of peace” (sic), then Muslims would be condemning all these attacks, yet they are always silent, except for those staged photo ops like we witnessed CNN behind. This London Muslim Mayor Sadiq Khan is a prime example of this. 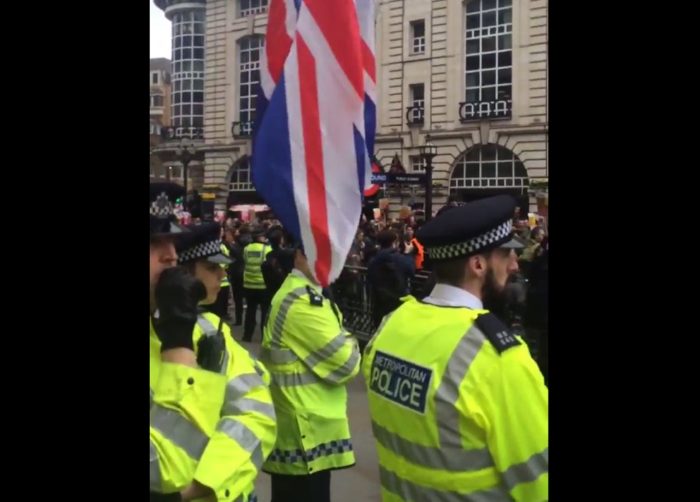 Last May London Muslim Mayor Sadiq Khan lashed out at candidate Donald Trump and called him “ignorant” for his views on Islamic terrorism. Khan also said he was supporting Hillary Clinton for president. On Sunday after the third Islamist terrorist attack in three months, London Muslim Mayor Sadiq Khan told Londoners there is no reason to be alarmed.

“Londoners will see an increased police presence today and over the course of the next few days. There’s no reason to be alarmed.”

Kahn would not mention Islam, Muslim, or Islamic killers during his comments.

At least 7 dead and 48 wounded in terror attack and Mayor of London says there is “no reason to be alarmed!”

At least 7 dead and 48 wounded in terror attack and Mayor of London says there is “no reason to be alarmed!”

On Sunday a group of Londoners gathered after the latest attack and started chanting, “Donald Trump, We love you!”

Sadiq Khan is an EMBARRASSMENT

“Donald Trump, we love you” ➡️when your own country chants another Leaders name, you know you’ve FAILED as a Leader. #SadiqKhan#London https://t.co/oGoHqi1UI6