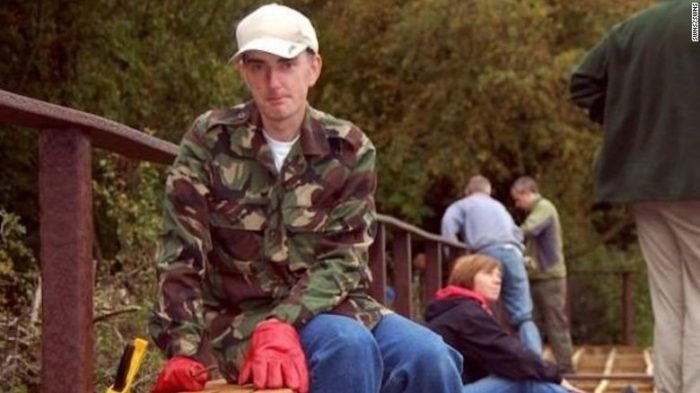 Is there no other description for a white male killer besides ‘loner’? And why are they trying so hard to link him to a white supremacy group?

CNN: To neighbors, Tommy Mair is a “quiet” man who tended their gardens in the small town of Birstall in northern England.

To police, the 52-year-old is reportedly the prime suspect in the killing of Jo Cox, a British lawmaker described as a fearless campaigner and star of the opposition Labour Party. He was arrested blocks from the crime scene.The member of Parliament was shot and stabbed as she emerged from a meeting with her constituents Thursday a week before an increasingly divisive vote on whether Britain should cut ties with Europe.

Now evidence is emerging that Mair may have had an interest in white supremacy.

The U.S.-based Southern Poverty Law Center has published what it says are documents showing that Mair has a history of purchasing material from the National Alliance white supremacist organization based in the United States.

The center released copies of receipts and a 2013 subscription to the National Alliance’s publication National Vanguard as well as receipts from 1999 showing purchases for neo-Nazi book “Ich Kampfe, the “Improvised Munitions Handbook” and other books.

CNN has learned that Mair subscribed to a pro-apartheid group’s magazine in the 1980s.

“A Mr. Thomas A. Mair from Batley in Yorkshire subscribed to our magazine S.A. Patriot when we were still published in South Africa itself,” magazine editor A.D. Harvey told CNN, adding the publication had “no further contact with him” after brief correspondence in the mid-1980s.

“We were of course appalled and sickened to learn of the murder yesterday, of Ms. Jo Cox,” Harvey said.

It is still too early to know what motivated the attack,which came as the 41-year-old lawmaker campaigned for “Stronger In,” a slogan backing the UK to remain in the European Union in next week’s referendum.

Cox was an avid campaigner for the rights of refugees and played down fears of immigration, a hot-button issue in the referendum debate.

One witness, Clarke Rothwell who runs a cafe near where Cox was attacked, told the Press Association that he heard the attacker shouting “put Britain first.”

Britain First is the name of a UK political party that has been campaigning for Britain to leave the EU. More