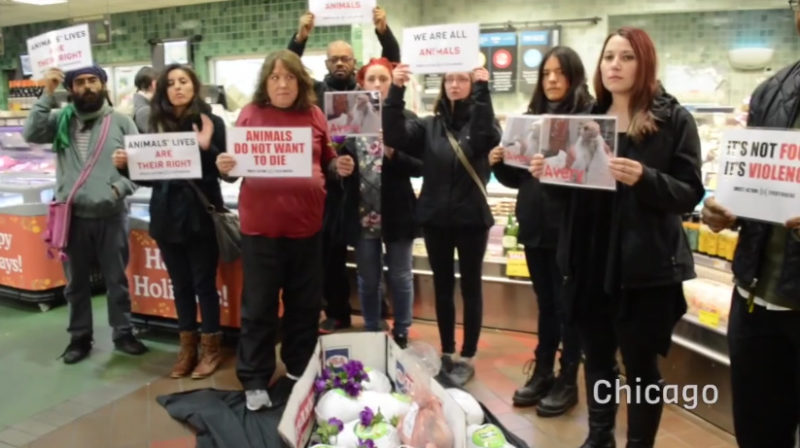 It’s funny that how we’re supposed to ‘respect’ their right to not eat animals, but they won’t respect our right to eat them. Liberals are only tolerant if you totally agree with them. If you disagree with them you must be racist or something…

Activists apparently staged “funerals” for dead turkeys at grocery stores across the country, from New York City to Oakland during the Thanksgiving month of November.

The group ‘Direct Action Everywhere’ on Friday posted a video on its Facebook page showing the demonstrations. The video is accompanied by a dramatic soundtrack that sounds like a mix between Halloween and something from an M. Night Shyamalan film — you know, the music that comes the moment some dark truth is finally revealed.

Some of the vegan activists are seen taking out whole turkeys and placing them on blankets on the floor for some reason. More

Loretta Lynch: No Sign Of Technical Interference From Russians

White House Chief Of Staff: Obama Is the Most Catholic President In History