These guys need to mount Go-Pros to their boats so when they run into this there is a record of who was doing the shooting. Why do we tolerate this kind of behavior in our country? We have amazing, selfless humans going to save them and these stupid looters shoot at them.

Daily Caller: Looters have reportedly opened fire on rescue teams attempting to save people in Houston, and the punishments should be out of this world.

The looters allegedly opened fire on the Cajun Navy, a group that has been doing incredible work to save as many lives as possible during the flooding. 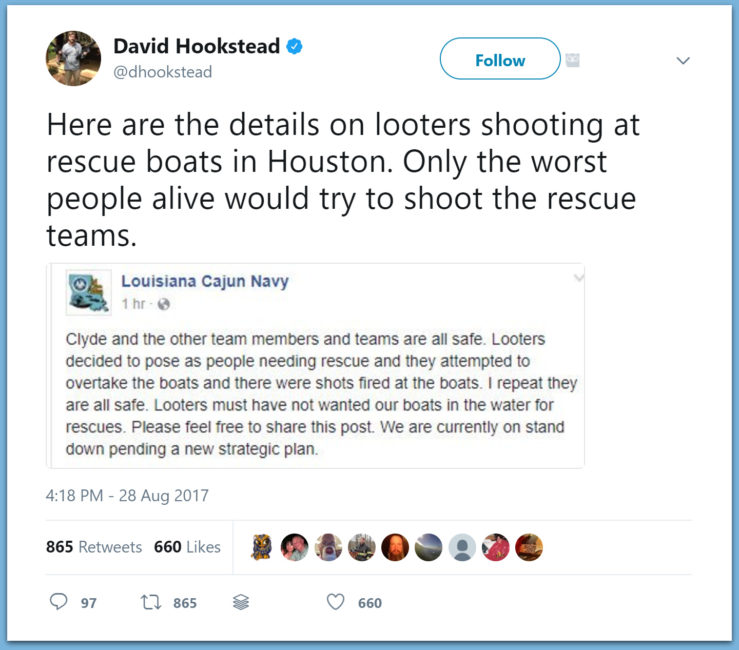 “Clyde and the other team members and teams are all safe. Looters decided to pose as people needing rescue and they attempted to overtake the boats and there were shots fired at the boats. I repeat they are all safe. Looters must have not wanted our boats in the water for rescues. Please feel free to share this post. We are currently on stand down pending a new strategic plan,” was posted on the Cajun Navy’s Facebook page, but it’s since been removed. More