My child? She’s said this a few times. Something’s weird about this statement. It seems kind of condescending to us. Plus she did nothing to further the investigation.

Former DNC interim chair Donna Brazile remarked on murdered DNC staffer Seth Rich in an interview Thursday, saying that she “[hopes]to God we find out” who murdered him. 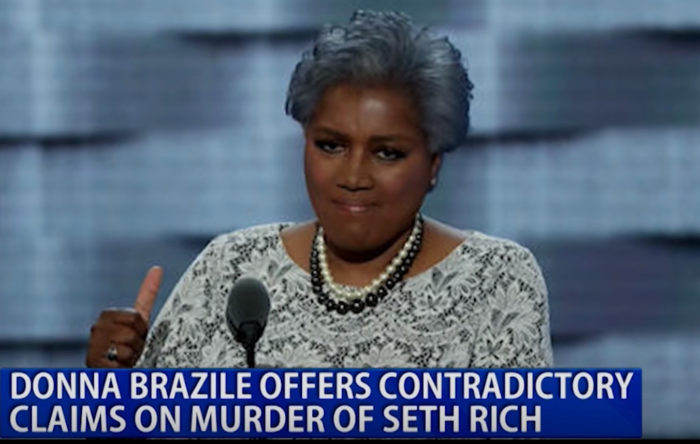 On “Make It Plain” with SiriusXM host Mark Thompson, Brazile said, “He was my child. I loved him. He worked in the voting rights division, I was the vice chair over that division. He was one of two staff people. I love him, I miss him. He was a patriot. And I hope to God we find out who murdered Seth Rich.”

Brazile sounded emotional when she said, “I have been in politics all my adult life, the only children I have are the children that I have hired. They’re my children.” Read more at TDC.

In her new book, former DNC chair Donna Brazile offers up new insights into the controversial murder of Seth Rich.

One America’s Pearson Sharp takes a closer look at her claims, and why they aren’t adding up.

More smoke and mirrors! Sensationalism and theatrics at its very finest! She gives a few hints, but not really saying anything of real substance! The only thing Donna Brazile proved to the American people the past few weeks is that she is a corrupt, pathologically lying, self-serving POS. Another corrupted democrat trying to a few bucks. Just like her pal Hillary Clinton.