Thanks, Lowe’s for taking a stand for our military! More businesses should follow suit. We can never show them too much gratitude for their service in order to preserve our freedoms.

Major retailers around the nation have become battlegrounds for political correctness, using their businesses as soapboxes to make social statements. In a time when online business has disrupted the retail market and big box stores are diminishing by the dozen, it doesn’t seem wise to polarize your customer base with a divisive stance – as Target seems to have learned the hard way. 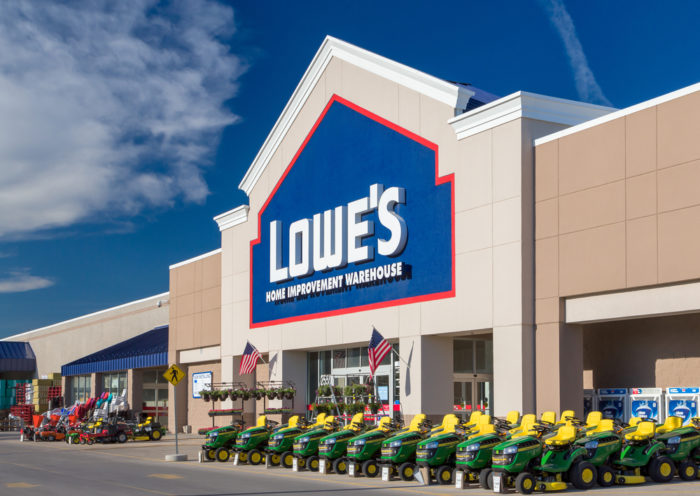 However, Lowe’s is not one of these stores and simply stays true to their core values and the American people. Read more at MP.

Lowe’s is an American company that has made it known in the past that they are proud to be a part of this great nation. They have continually shown their support for our military, and now they have made an announcement that will help those in our military as well as their families. The company will be changing their military discount program in order to improve it for those defending our country.

They will be expanding the program to include more members of the military as well as their family members. I think we can all agree that those who put their lives aside to defend our freedom deserve everything they can possibly get.

This discount is more generous than most and goes beyond just brick and mortar stores. All military members and their families will be able to use it online and will receive free shipping as well.

Even more impressive, is that Lowe’s isn’t going to make the process complicated to get the discount as is often the case with having to constantly show identification.

“Lowe’s has explained that they will not be asking for proof of ID anymore because they feel that it makes the process more complicated for the military members. This program change should help both military members and their families all over the country,” Conservative Post reported.

“We are proud to have a company like Lowe’s looking out for our military members. After all, they put their lives on the line for all of us. The least we can do is get them some good discounts and make their lives a little easier.”

To those who don’t value the sacrifice of our service members or recognize that these heroes are the backbone of our country, they probably think this is somehow unfair. They are probably also the same disgruntled people who took their business elsewhere after Lowe’s proudly pulled their ads from appearing in the commercial spots during the All American Muslim show on the TLC network.

Lowe’s probably lost far fewer customers than they gained from that move and aren’t missing them. Business is booming for those who choose to respect our country and the values this nation was built on, which is how it should be. The same can’t be said for companies who continue to cater to the liberal agenda.

The country needs to see more of this and likely will within the next four years under President Donald Trump’s leadership. He constantly praises our military which is how it always should be.

American businesses should look at how Lowe’s treats our military members and follow their lead. It’s beyond time for this to be the trend as opposed to who can make a bigger anti-American social justice statement. Well done, Lowe’s! Read more at the Conservative Post.