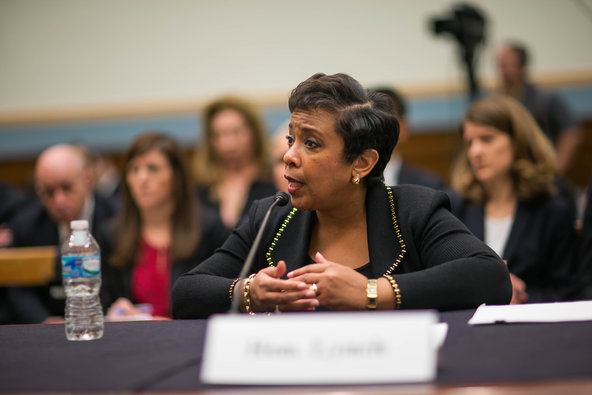 Is Loretta Lynch really being serious? The only thing that is going to stop terrorism is to eliminate those who are causing it.

Free Beacon: Attorney General Loretta Lynch said that love and compassion are the best responses to terrorism during remarks to the media in Orlando, Florida on Tuesday.

Lynch said the Department of Justice stood in solidarity with the LGBT community “in the light” following a Muslim terrorist’s massacre of 49 people at a gay nightclub last week.

“We stand with you to say that the good in this world far outweighs the evil, that our common humanity transcends our differences, and that our most effective response to terror and to hatred is compassion, it’s unity, and it’s love,” Lynch said. “We stand with you today as we grieve together, and long after the cameras are gone, we will continue to stand with you as we grow together in commitment, in solidarity, and in equality.”

Lynch has been in the news for defending the administration’s decision to redact transcripts between law enforcement and the terrorist, Omar Mateen, during his attack.

Mateen pledged allegiance to the Islamic State as he carried out his rampage. Lynch announced Sunday that his references to Islamic terrorism would be redacted in transcripts of his conversations with law enforcement during the killings, but the administration wilted under mounting public criticism and published his conversations in full.