Hmmm, Chelsea set up multiple email accounts under various aliases while working at the Clinton Foundation. Obviously, being corrupt is just the Democrat way.

Internet trolls are being forced to do the work that the FBI and DOJ can’t be bothered to do. 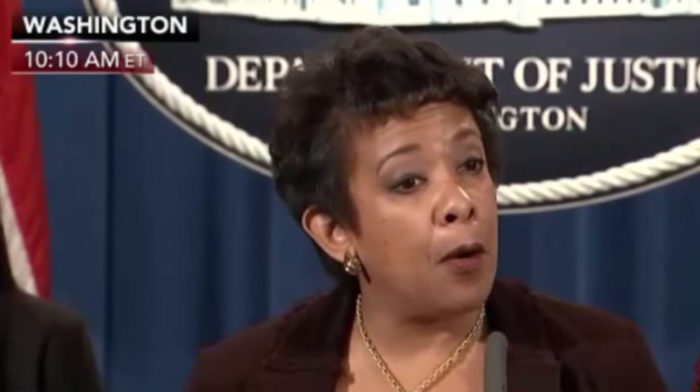 The Department of Justice released hundreds of emails to the American Center for Law and Justice (ACLJ) this week in the investigation of former AG Lynch’s secret meeting with former President Bill Clinton.

One email shows Loretta Lynch hiding her identity from Department of Justice officials. 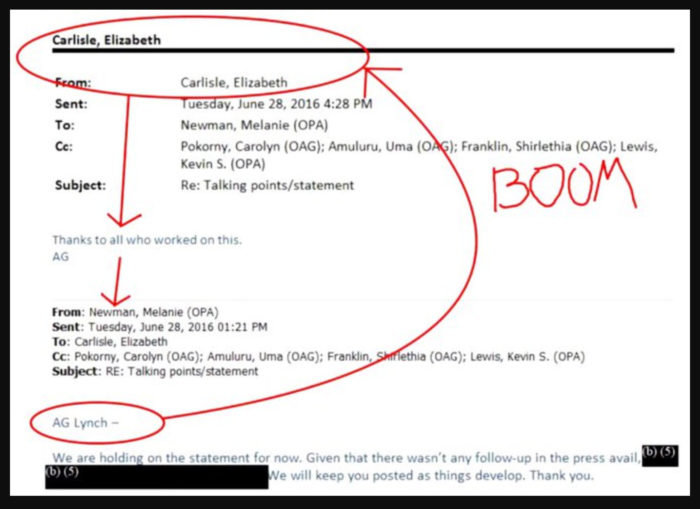 Melanie Newman from the Department of Justice leaked it in the email. And— AG Lynch (Elizabeth Carlisle) then responded with a “thanks to all who worked on this.”

BREAKING: Did Loretta Lynch use an alias to communicate with DOJ officials and why? Who is Elizabeth Carlisle? Dear Internet, investigate! pic.twitter.com/oqngTKDhLY

MORE— Another message from May 29 to the Attorney General was sent to the Elizabeth Carlisle account.

Now this… Reddit The Donald users discovered that Loretta Lynch used her grandmother’s maiden name “Lizzie Carlisle” as her alias.

Here is her grandmother’s death certificate.

Kim DotCom asks readers to find out more on Lynch’s alias “Elizabeth Carlisle”. It looks like the deep state forgot to cover that up in the emails they released to the ACLJ.