If this jerk had said this about Chelsea, he would have been immediately fired. I guess this Buzzfeed guy prefers chicks like Rosie O’Donnell, Rachel Maddow, and Joy Behar? 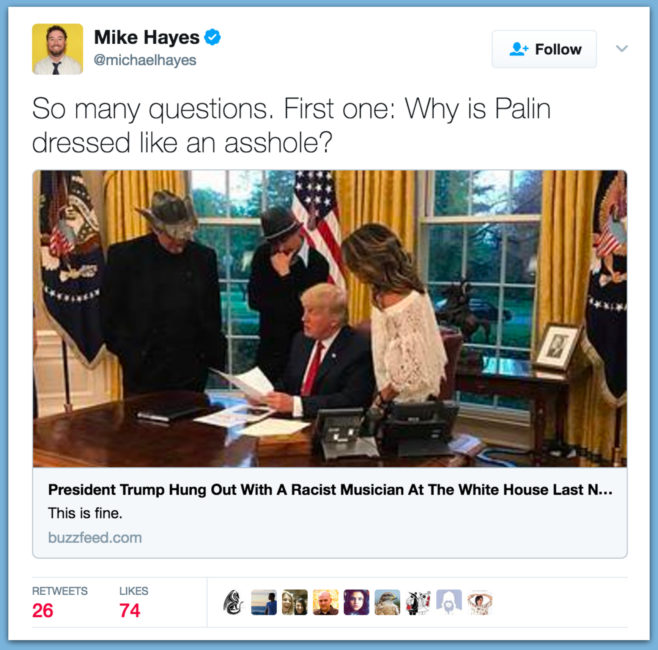 “So many questions,” BuzzFeed senior reporter Mike Hayes said of the dinner. “First one: Why is Palin dressed like an asshole?” Hayes deleted the tweet after being criticized for it on Twitter, but it can still be seen in screenshot form. More

Palin Drops BOMB: Women Who Are Harassed Shouldn't Stick Around For Paycheck (Video)