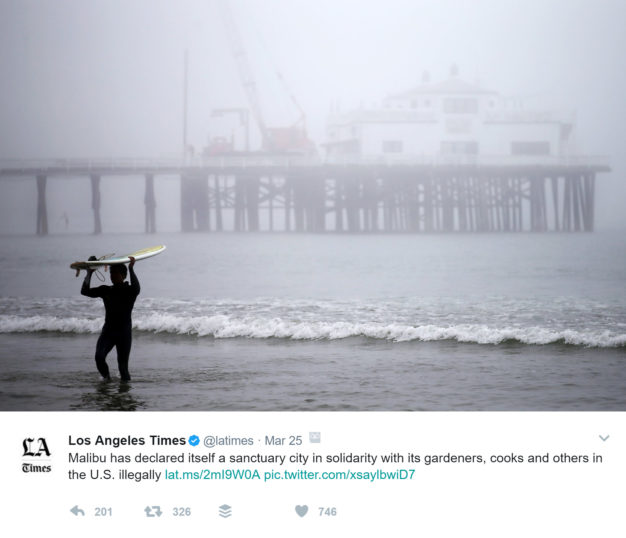 It’s to protect their gardeners and cooks. So is this basically rich people trying to protecting the people they consider their servants?

The discussion inside Malibu City Hall over whether to become a sanctuary city last week bore the usual hallmarks of the heated national debate over illegal immigration.

While some residents praised the proposal, others blamed those who are in the country illegally for crime and called the move a thinly disguised rebuke of President Trump.

But it being Malibu, there was a celebrity twist. The idea was inspired by one of the town’s many famous residents: actor Martin Sheen. In December, he grabbed the lectern during a City Council meeting and — as if conjuring his inner President Josiah Bartlet from “The West Wing” — urged the city to become a sanctuary city.

Like many sanctuary city resolutions, Malibu’s is largely symbolic. Backers said the move, which passed on a 3-2 council vote, is a chance for Malibu’s privileged to stand up for the city’s vulnerable population. More