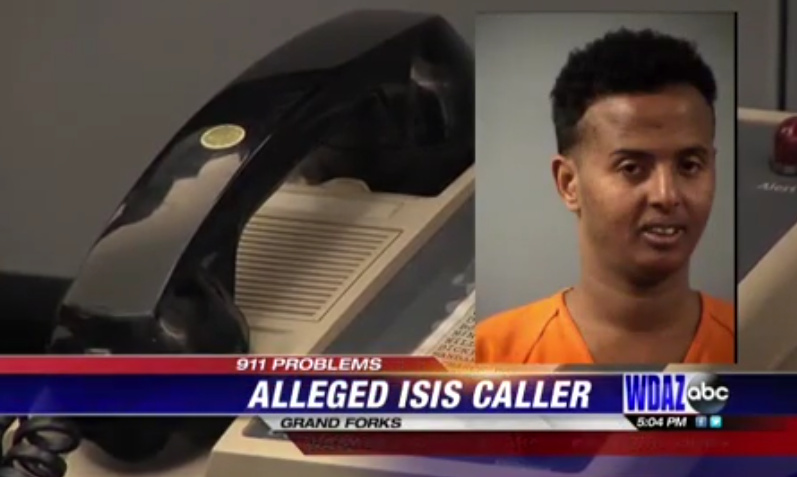 If I had called 911 forty-seven times to complain about Obama, I’d be facing 47 felony charges. Don’t you think?

Mohamed Aweis Mohamed, a Grand Forks, North Dakota man, called 911 47 times in less than one week to voice his displeasure with President Donald Trump and to declare his support for the Islamic State in Iraq and Syria (ISIS), the Grand Forks Herald reported on March 10.

Court documents describe the conversations between Mohamed and the emergency dispatchers. Mohamed reportedly claimed that he had no freedom in the United States, that he wanted to go “home” or to Canada, declared his support for ISIS, said he “dislikes” women, and repeatedly ranted about Trump.

Police officers were dispatched to Mohamed’s home on February 3, where they heard him speaking from inside. “The suspect would not open the door for officers and continued to call 911,” the complaint stated, “for no legitimate purpose other than to vent his frustrations.” More

You Tell Me What It Is About? California Releasing Pedophiles On The Populace-This WILL NOT Be Tolerated
December 1st, 2022 Sons of Liberty Media

Danish Prime Minister FLEES like a criminal when confronted with the truth about covid-19 vaccines and mass murder
December 1st, 2022 DC Dirty Laundry

Why globalists desperately need control of Arizona before they unleash the next staged pandemic
December 1st, 2022 DC Clothesline
SHARE