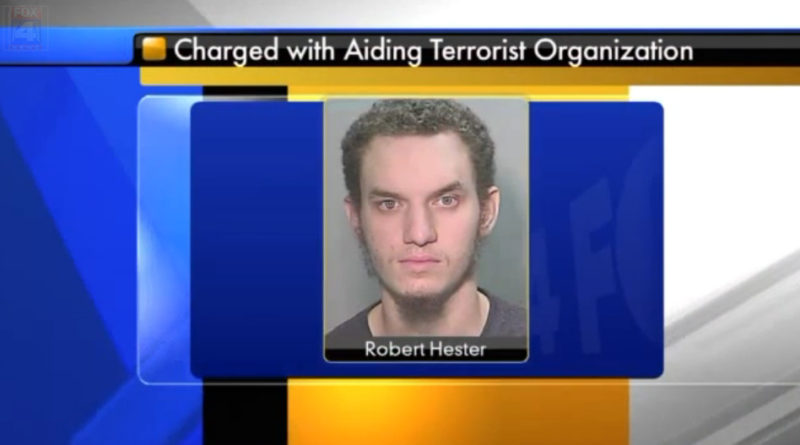 Nobody is sure of his motivation… Really?

Robert Lorenzo Hester, Jr. attempted to provide material support to ISIS by participating in what he believed would be a deadly attack committed in the name of the foreign terrorist organization.”

An Army veteran has been charged with plotting what he believed would be a terrorist attack in Kansas City, federal authorities said Tuesday.

Robert Lorenzo Hester Jr., 25, was arrested Friday and is charged with attempting to provide material support to a foreign terrorist organization. The criminal complaint was released after Hester made his initial court appearance.

Prosecutors said Hester, of Columbia, Mo., reached out to undercover FBI agents posing as Islamic State (ISIS) operatives and said he was willing to assist in a jihadist attack. According to the affidavit, Hester was told the attack would target “buses, trains and a train station in Kansas City” on Monday, coinciding with the Presidents Day holiday. More