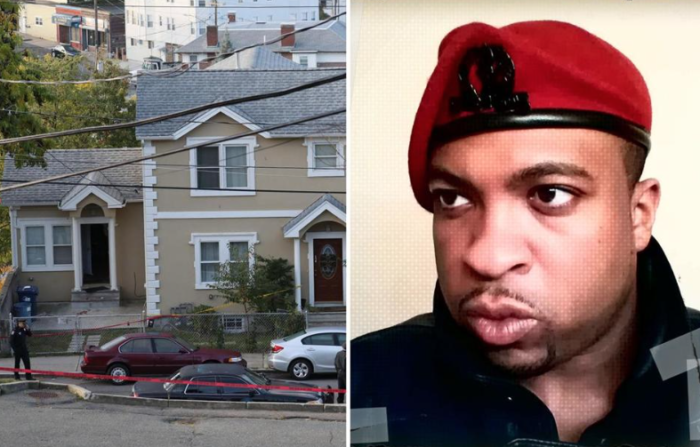 These two cops were responding to a report of a domestic disturbance when this man opened fired on them. But BLM doesn’t care that cops are putting their lives in danger to protect them.

A man wearing body armor and armed with an assault rifle shot two Boston police officers who were responding to a report of a domestic disturbance, before being shot and killed by other officers, police said.

The wounded officers were in “extremely critical condition” but out of surgery and with their families on Thursday morning, Police Commissioner William Evans said.

“Domestic calls, as you know, are probably the most volatile. You never really know what you’re walking into,” Evans said. “And I think we see right now the dangers of our job.”

Two police officers in Palm Springs, California, were killed last weekend when they responded to a domestic violence call. Police there said the officers had just asked a man to come out of his family’s home Saturday when he opened fire through a closed front door.

The Boston suspect was identified as Kirk Figueroa, 33, of East Boston.

A car with the name of a website was towed from the shooting scene Thursday morning. On the website, elitepolicing.org, a man who identifies himself as Kirk Figueroa says his company, Code Blue Protection Corp., provides police support, fugitive apprehension and extradition services, and armored car training.

Figueroa described himself as a Boston constable, a former member of a U.S. Army Reserve military police unit, a bounty hunter in California and a former corrections officer. He also said he was trained in mixed martial arts. Constables are authorized to serve subpoenas and other legal documents.

Evans said Figueroa fired at the officers late Wednesday night shortly after they arrived at a home in the city’s East Boston neighborhood on a report of a fight between roommates. Several other officers who were stationed outside ran inside and exchanged gunfire with the suspect.

“Two of the officers dragged their fellow officers out of the line of fire so they were in a protected zone, and the officers continued to engage in a gun exchange,” Evans said.

The officers shot and killed the suspect and then began administering first aid to the wounded officers, one a 28-year veteran, the other a 12-year veteran of the force.

“One officer had his hand in one of the wounds and I think that was instrumental in getting the officer down to Mass General quickly,” Evans said.

Police, initially concerned that their might be a second suspect, ordered residents to shelter in place. That order was later lifted.

Police did not release the names of the wounded officers.

As is standard protocol following such events, the district attorney’s office said there would be an investigation into the use of deadly force. More