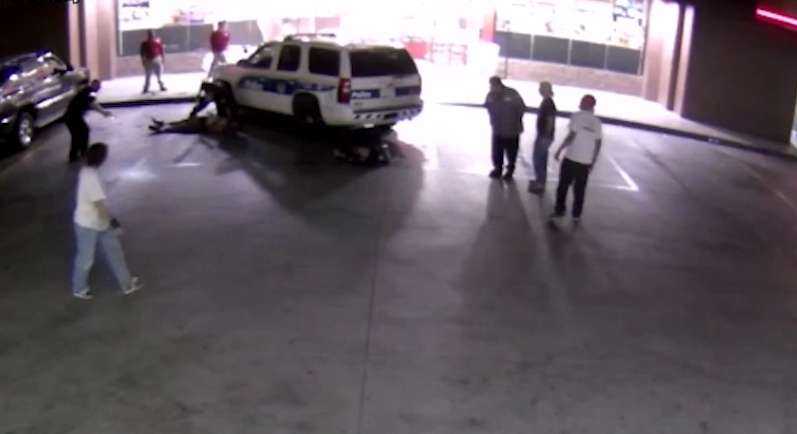 These poor cops really are lucky to be alive, prayers for them and their families. What a coward. Then he attacks them after he crashes. They’re agitating for a race war, and they’re going to be very sorry if they get it. They should have shot this SOB in the head.

A man accused of striking three police officers with his vehicle at a Phoenix QuikTrip early Tuesday has been identified as 44-year-old Marc LaQuon Payne.

An angry Phoenix Police Chief Joe Yahner played a video showing a vehicle pulling out of a parking space, circling the parking lot and then accelerating toward the police officers outside the convenience store.

In an early-afternoon press conference, Yahner said two officers were seriously injured and the driver will be booked on three charges of attempted first-degree murder.

“I’m very proud of the men and women of the Phoenix Police Department, and I’m outraged by this incident,” Yahner said.

“Our Phoenix police officers were targeted.”

A 33-year-old police officer who was on his first day of duty suffered a head injury, and a police sergeant, 41, suffered a broken leg. A third officer, 36, managed to jump out of the way but was injured during an extended struggle with the driver, Yahner said. More

Gregory Hicks: I Do Not Trust Clinton On National Security