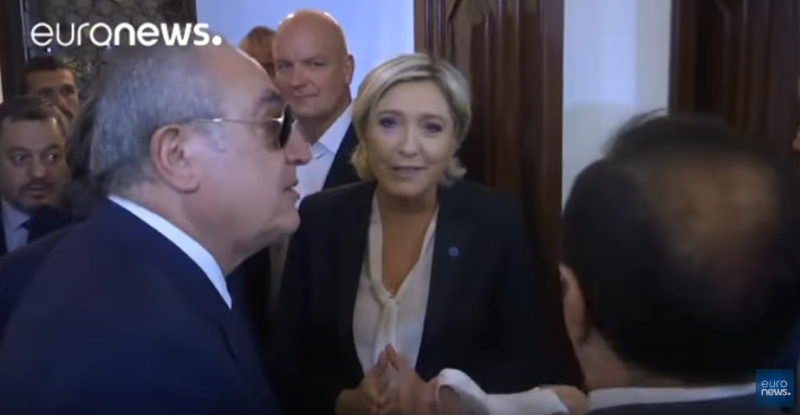 “You can pass on my respects to the grand mufti, but I will not cover myself up.” Take notes Leftists, this is what a REAL woman looks like. I agree with her and I would NEVER put one of those rags on my head… even if my life depended on it!

French far-right National Front presidential candidate Marine Le Pen canceled a meeting on Tuesday with Lebanon’s grand mufti, its top cleric for Sunni Muslims, after refusing to wear a headscarf for the encounter.

Le Pen, among the frontrunners for the presidency, is using a two-day visit to Lebanon to bolster her foreign policy credentials nine weeks from the April 23 first round, and may be partly targeting potential Franco-Lebanese votes.

… After meeting Christian President Michel Aoun – her first public handshake with a head of state – and Sunni Prime Minister Saad al-Hariri on Monday, she had been scheduled to meet the Grand Mufti Sheikh Abdul Latif Derian.

…”I met the grand mufti of Al-Azhar,” she told reporters, referring to a visit in 2015 to Cairo’s 1,000-year-old center of Islamic learning. “The highest Sunni authority didn’t have this requirement, but it doesn’t matter.

“You can pass on my respects to the grand mufti, but I will not cover myself up,” she said. More