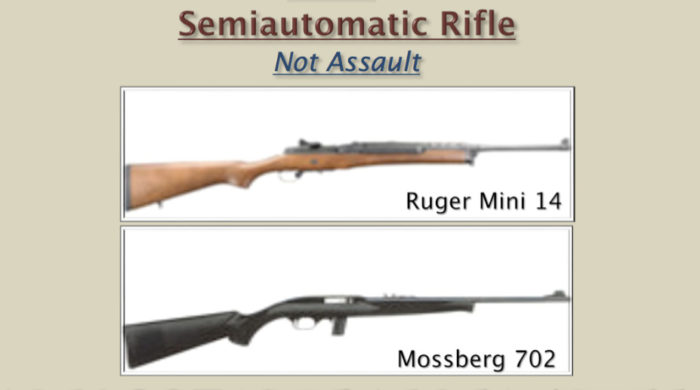 Totally unconstitutional. They can go pound on sand…

Massachusetts Attorney General Maura Healey penned an article for The Boston Globe stating that she is banning all new “assault weapons” which she also calls “weapons of war” in her ignorance.

In the article for The Boston Globe, she blamed the Orlando terrorist killings on an AR-15 which isn’t accurate on any level.

Her ban prohibits the sale of specific weapons like the Colt AR-15 and AK-47 and explicitly bans “copies or duplicates” of those weapons. Gun manufacturers have been selling rifles without a flash suppressor or folding or telescoping stock and she defines them as a copycat or duplicate.

Healey has made them illegal as well as any “watered-down version”.

If the gun operates in essentially the same way as a banned weapon or is a copy, it is illegal. No “assault” weapon can be sold, altered or not.

This directive likely bans all AR and AK style rifles in Massachusetts.

People who already own the guns can keep them – for now – the AG assures them. How kind of her.

Healey claims that: In the face of utter inaction by Congress, states have a duty to enact and enforce laws that protect people from gun violence. If Washington won’t use its power to get these guns off our streets, we will. Not only do we have the legal authority to do so, we have a moral obligation to do so. More

Protester Tries To Set Flag On Fire, Lights Himself And Others On Fire