So, since we have a President that takes ISIS seriously instead of calling them the ‘JV Team’ ISIS is literally losing ground! Our troops are not going to be fettered anymore but instead unleashed.

IJR: In an unannounced trip to Iraq, a country that has seen horrific war and terrorism over the last decade, Secretary of Defense General James Mattis was making a statement. 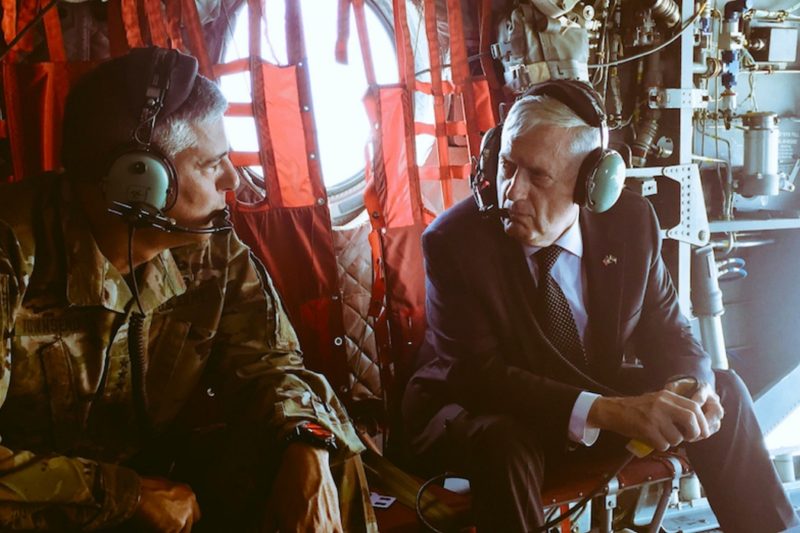 The general landed in Iraq Tuesday morning, just hours after President Trump made an announcement that America will be sending more troops to Afghanistan. Trump made it clear in his remarks that he is going to be empowering his generals to kill the enemy, whom he referred to as “losers.”

Mattis wasted no time getting to the point of his trip: announcing the imminent death and destruction of ISIS. Over the past four years, the brutal Islamic terrorist group has gobbled up large portions of Iraq and Syria, inflicting horrific brutalities on the populations it controls. Mattis landed in Iraq to send a direct message to ISIS that its days are literally numbered.

In a press conference upon his arrival Mattis made the following points:

ISIS will not retake territory and cannot stand up to American forces:

“[ISIS] have been shown to be unable to stand up to our team in combat and they have not retaken one inch of ground that they’ve lost.”

“You see, ISIS is now caught in-between converging forces. So ISIS’s days are certainly numbered, but it’s not over yet and it’s not going to be over any time soon.”

ISIS is a bunch of cowards:

“An enemy that hides behind women and children are showing who are the people violating every standard of decency and fills us with conviction [for]what we have to do about this enemy.”

America is the “good guy”:

“I’ve seen people fleeing to ISF (Iraqi security forces) and feeling safe when they get to them. That alone is more telling than anything there, you see people risking their lives getting from one side to another. We are the good guys and the innocent people in the battlefield know the difference.”