After eight horrible years of Obama and not near enough push back by Congress have left us in a very bad position. Obama had eventually wanted to eliminate our military entirely and depend only on the U.N. ‘peacekeepers’. A global military. We have really dodged a serious bullet when Hillary lost to President Trump.

People thought we conservatives were conspiracy nuts, but now we are vindicated and find that our worst fears were absolutely correct. Stay vigilant patriots, because Obama is not done yet… 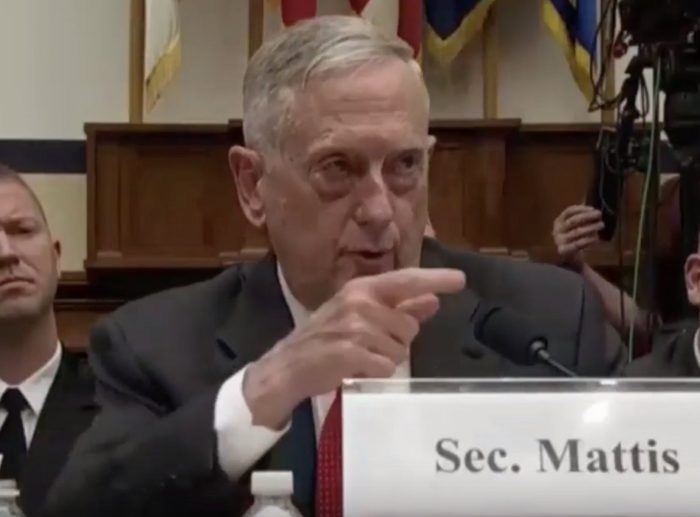 Mattis scolded lawmakers on Capitol Hill for failing to pass military budgets and for imposing automatic spending cuts known as sequestration that have caused “severe” damage.

“I retired from military service three months after sequestration took effect,” Mattis, a former Marine Corps general who retired in 2013, said. “Four years later, I’ve returned to the department and I have been shocked by what I’ve seen about our readiness to fight.”