Disgusting: Here’s What Maxine Waters’ District Looks Like… She Should Be Ashamed (Video)

Meanwhile, all Maxine Waters cares about is her raising her national profile by attacking President Trump.

She’s had 28 long years to do something about this dump. But she doesn’t even live in the district that she has been elected to represent so why would she care?

Look take a look at the massive piles of garbage in the gutters and on almost every single corner.

Maxine Waters district 43 is the worst in Los Angeles. She has been
an elected official for 28 years & her district looks like a cesspool. Maxine doesn’t live in district 43. She lives in a million+ $$ mansion outside her district. Reprehensible! pic.twitter.com/6jyiXELgC4 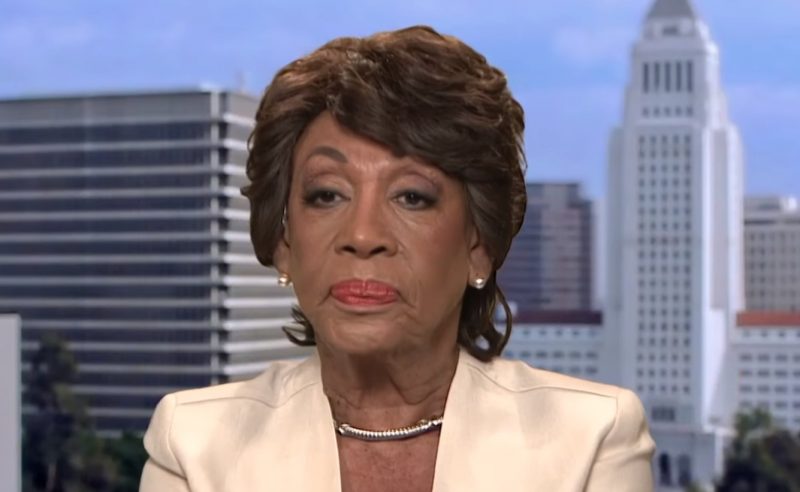 IMPEACH! Maxine Waters should be ASHAMED of her LA district (that she doesn’t even live in) THIS video proves it.

Perhaps Maxine Waters should spend more time focusing on her own LA district than on screeching about Trump and threatening his administration because HOLY COW, what a dump. Why do people keep electing her if she allows the district she is supposed to represent to look and be this way?

That and she doesn’t even live in said district.

Just. Wow. Imagine if a Republican had allowed this to happen to his or her district. More

Typical Democrat hypocrite! Please tell us how Maxine Waters can afford a 6,000-square foot, $4.3 million mansion in one of the wealthiest neighborhoods in Los Angeles after working 40 years in government if she is honest?

The Dems live off of exploiting the poor and dont actually FIX anything. Why would they? Blame race and injustice all the way to the bank

Omg is this really Los Angeles? And why does Anyone there want this? Maxine Waters should be ashamed. She should be required to live in the area she represents!

People vote for familiar names on ballets which leads to incumbents being keeps in office for decades. We need turn limit in Congress and for all elected officials!!!!!

I think the newest dem-socialist candidate from NY, Alexandra, has studied Maxine’s techniques and is going to make herself one rich little socialist if she wins. Th people we elect over and over again are laughing at us all the way to the bank. TERM LIMITS!

Disgusting: Here’s What Maxine Waters’ District Looks Like… She Should Be Ashamed (Video)