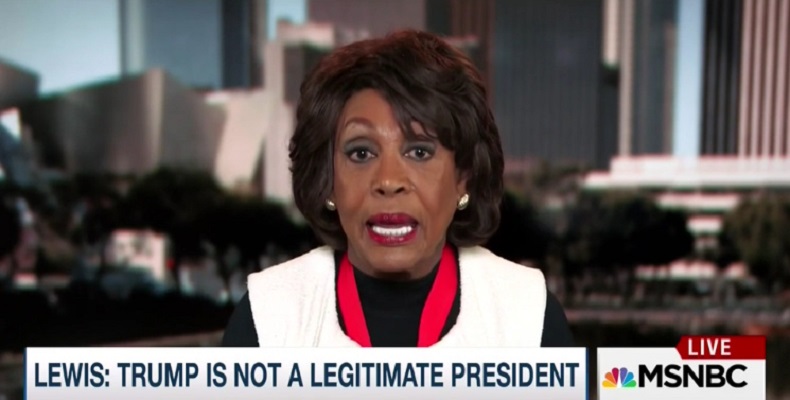 How Maxine Waters was elected in the first place is just mind boggling. Oh wait, she’s from California, so it’s clear how she keeps getting reelected.

She’s insane. You can impeach him because if it’s found that Donald Trump came up with Crooked Hillary? Maxine, dear, he did come up with that, it’s not impeachable.

Waters, who will join Georgia Rep. John Lewis in boycotting Trump’s inauguration on Friday, first ran into difficulty when Matthews asked why some Democrats still view Trump as “illegitimate.” More