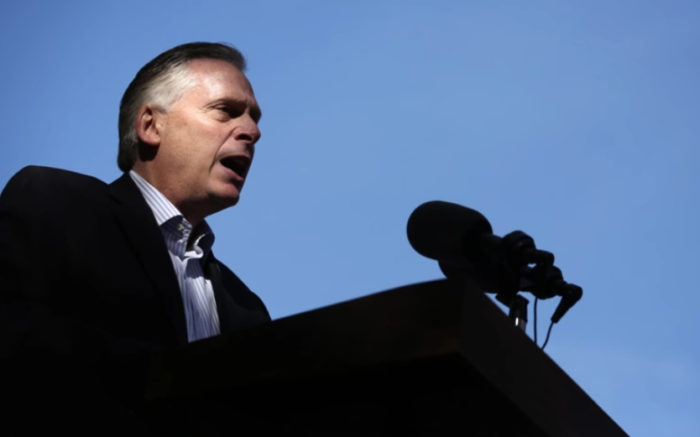 Gov. Terry McAuliffe cleared 13,000 felons to vote after the state supreme court struck down his previous order restoring the franchise to 206,000 felons in August of 2016.

Geez, Care to guess what percentage of those who registered illegally are registered as democrats?

Democratic Virginia Gov. Terry McAuliffe vetoed a bill that would require investigations of jurisdictions in the state whose voter rolls contain more registered voters than citizens who are eligible to vote.

The bill, first introduced by Republican state Sen. Mark D. Obenshain, was prompted by a report that shed light on eight Virginia counties that had more registered voters on their voter rolls than eligible voters.

Obenshain’s bill would require “the local electoral boards to direct the general registrars to investigate the list of persons voting at an election whenever the number of persons voting at any election in a county or city exceeds the number of persons registered to vote in that county or city,” according to its summary. “The Department of Elections is required to provide certain data to any general registrar conducting such an investigation for the registrar’s use during the investigation. The local electoral boards are required to make reports of the findings to the State Board. These reports are public documents.”

McAuliffe, who vetoed the bill on Friday, claimed that the bill “would increase the administrative burden on local election officials” in his veto statement.

“By requiring 133 individual general registrars to conduct an investigation of voters under undefined standards, this bill raises serious constitutional questions,” McAuliffe said in a statement. “It could expose eligible and properly registered Virginians to the risk of improper disenfranchisement.”

“Further, Senate Bill 1105 would increase the administrative burden on local election officials. Rather than imposing unnecessary investigative requirements on those officials, we should focus attention and resources on the Commonwealth’s proven and efficient methods of list maintenance, which serve as a national model.” More