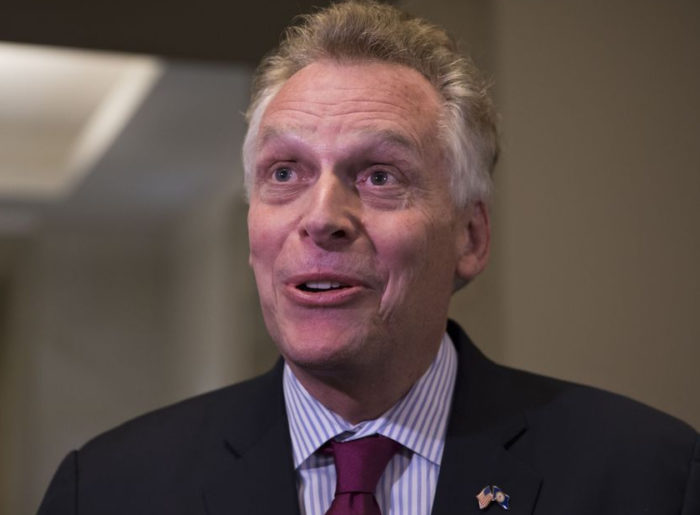 Well it’s too bad that it isn’t too late for these felons to register to vote in November’s election. Although these unethical pukes we have in charge of the government would make special exception for them. Terry McAuliffe is a lifelong crook who is anticipating a big payday in Hillary’s regime. Every American must vote to deny him that.

WT: Virginia Gov. Terry McAuliffe announced Monday that he has individually restored the voting rights of 13,000 felons, a move undertaken after the state Supreme Court rescinded a prior executive action that restored the right to vote en masse to more than 200,000 former inmates.

The Democratic governor said individual restoration orders were mailed out to the thousands of people who had had their restored voter registrations cancelled by the state on account of the court ruling. He said additional restorations, which must be done on a case-by-case basis, will be prioritized by the order of the convicted felons’ release from prison.

“We will restore first those who have waited the longest,” Mr. McAuliffe said in an announcement made at the Civil Rights Memorial in Richmond. More

Judge Jeanine Asks What Have Democrats Done for Minorities?