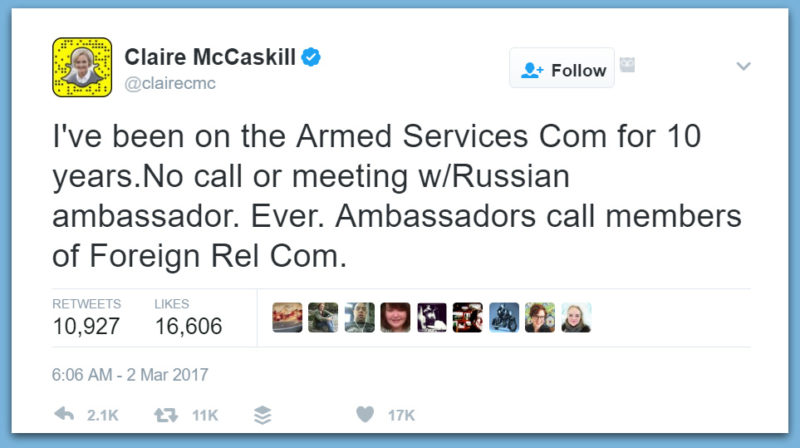 They have been getting away with lying for so long that it’s now just the standard operating procedure for them. The internet is forever. Unlike the Democratic party, which we are currently watching crash and burn in real time.

Democrat Senator Claire McCaskill, who sits on the Senate Armed Services Committee, claimed last night she has never had any meetings or discussions with the Russian ambassador, “ever.” She sent the statement in a tweet attacking former colleague Attorney General Jeff Sessions over his meetings with the Russian ambassador last year in his capacity of Chairman of the Senate Armed Services Committee.

“Off to a meeting w/ Russian ambassador,” she said in January 2013.