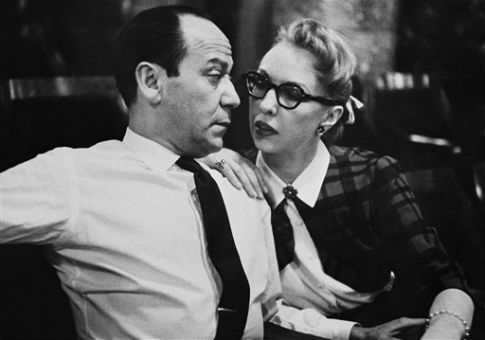 Good grief… This is ridiculous. These mainstream media outlets are adding fuel to the fire. There was nothing wrong with this song before they changed the lyrics.

Several media outlets are praising recent changes that a couple made to the classic song “Baby, It’s Cold Outside” after some accused it of being an anthem for date rape.

The Daily Caller on Monday night highlighted some of the compliments coming from various media outlets, such as CNN, People, and the Huffington Post. Much of the praise comes from a newer version of the song stressing consent in its lyrics.

The original song was written in 1944 by Frank Loesser to sing at parties with his wife Lynn. The song became a hit after it appeared in movies and has become mainstream ever since, remaining a popular duet. It describes a man trying to romantically woo a woman who he likes to stay at a party longer because the weather is cold after she says she needs to go home.

Critics of the original version argue that the lyrics allude to unwanted sexual advances and even rape, noting that the man in the song pleads with the woman to stay and gives her another drink.

One couple from Minnesota thought the 1944 song was “so aggressive and inappropriate” and wrote a new version that they say emphasizes consent in sexual relations.

The Daily Caller rebuts the critics of the song in its article and asserts that “Baby, It’s Cold Outside” is simply a romantic song of which the detractors do not understand the historical context or listen to all of the lyrics.

The newer, redone version is advertised as “less sexually aggressive” than the original, which is generally recognized as a romantic Christmas song.