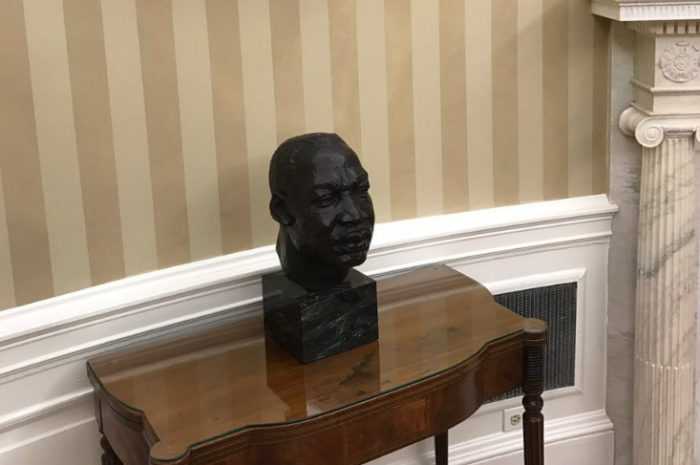 They get credit for correcting the reporting error, but one can’t help but wondering why it was such a priority to look around for the MLK bust in the first place?

President Trump returned the bust of Winston Churchill to the Oval Office, fulfilling a promise he made during the campaign. But the move set off a wave of speculation over what happened to the bust of Martin Luther King Jr. that President Obama had moved into the Oval Office to replace Winston.

TIME reporter Zeke Miller initially tweeted that the MLK Jr. bust have been removed entirely, but his first report was wrong. More