Jane Fonda is a traitor and her behavior should never be forgotten. I never thought the day would arrive when I’d give Megyn Kelly an “attagirl” but here it is… Megyn chewed up and spit her out like the old commie she is!

100%FedUp: Kelly explained on her show Monday morning that Fonda has addressed her plastic surgery many times in the past, so the NBC host had no way of knowing that the topic was suddenly off limits. 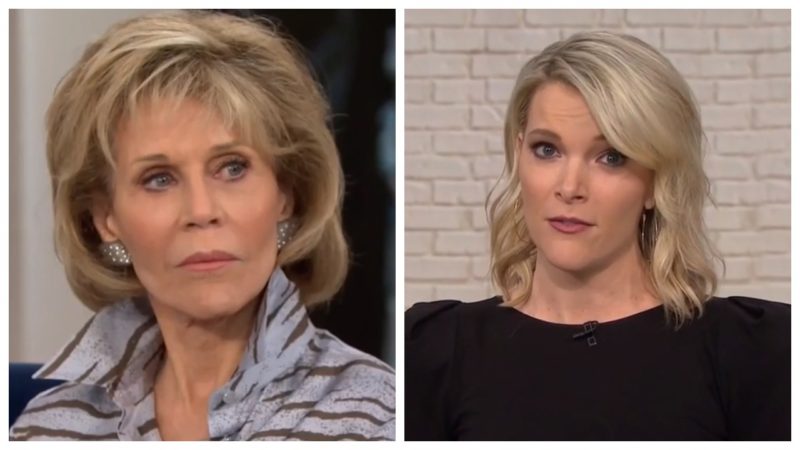 “It’s time to address the ‘poor me’ routine,” Kelly said. “For some context, Fonda was on the show to promote a film about aging… if Fonda really wants to have an honest discussion about older women’s cultural face, then her plastic surgery is tough to ignore.”

“To her credit, she has discussed her cosmetic surgery pretty much everywhere before coming on our show,” Kelly continued. “Apparently when she came here, however…I was supposed to discern that this subject was suddenly off-limits.” –DC

Megyn Kelly’s discussion about Fonda’s plastic surgery took a caustic turn when she went nuclear on traitor Jane Fonda and her horrific treatment of our military and veterans who served in the Vietnam War.

“I have no regrets about that question, nor am I in the market for a lesson from Jane Fonda on what is and is not appropriate.  After all, this is a woman whose name is synonymous with outrage. Look at her treatment of our military during the Vietnam War. Many of our veterans still call her ‘Hanoi Jane’, thanks to her radio broadcast which attempted to shame American troops.She posed on an anti-aircraft gun used to shoot down our American pilots. She called our POW’s ‘hypocrites’ and ‘liars’ and referred to their torture as ‘understandable’. Even she had to apologize years later for that gun picture, but not for the rest of it. By the way, she still says she is ‘not proud of America’.”

“And honestly, she has no business lecturing anyone on what qualifies as ‘offensive’.”