Kelly’s ratings are no surprise. This is what happens when you bite the hand that feeds you. NBC bet the farm on someone who has proven repeatedly to be a back stabber…

Kelly just got too big for her britches. I applaud the public for putting her in her place and showing these media “geniuses” that we have the power to destroy their careers. It couldn’t have happened to a more deserving person. 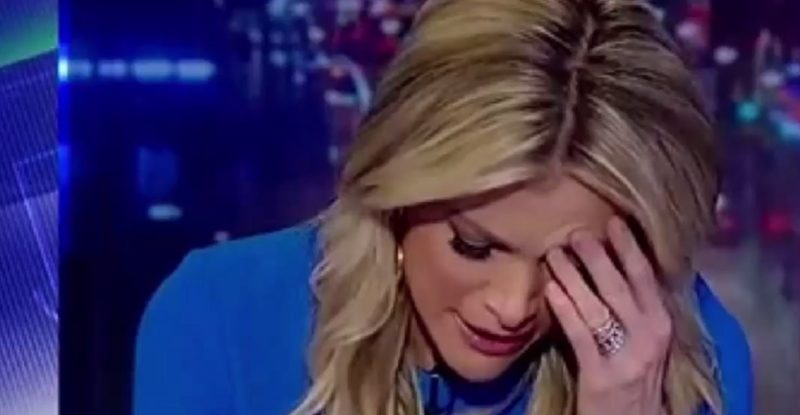 TGP: Things are not going well for Megyn Kelly. The NBC host’s show “Sunday Night with Megyn Kelly” has sunk to a new ratings low.

Variety:  Earlier in the night at 7 p.m. on NBC, “Sunday Night with Megyn Kelly” drew a 0.4 rating and 3.1 million viewers, the newsmagazine’s lowest total viewer number since it debuted at the beginning of June. Kelly also matched a series low in the key demo.

NBC aired only repeats with the exception of “Sunday Night with Megyn Kelly.”

Kelly is reportedly panicking over her ratings slide, attempting to reach out to former colleagues for advice on how to reverse the trend.

Life & Style magazine: With ratings for her new NBC show Sunday Night with Megyn Kelly getting lower and lower, things are not looking good for Megyn Kelly.

People are not tuning in as expected to watch the once popular journalist, and along with her slipping numbers, sources reveal exclusively to Life & Style that Megyn’s spirits are also dropping.

“Megyn’s really worried,” an NBC source says. Megyn, 47, “has been reaching out to former Fox News colleagues, including Sean Hannity, but Sean hasn’t returned her calls.”

To kickstart her new primetime gig, the blonde beauty landed a high-profile interview with Russian President Vladimir Putin — but critics claimed Megyn was “outmaneuvered” by the seasoned politician while the audience made it very clear on social media that they were distracted by her short velvet cocktail dress.

Megyn proceeded to follow up that interview with a sit-down with controversial Infowars host and conspiracy theory lover Alex Jones, which brought in dismal ratings (3.6 million viewers). It also forced Megyn to step down as host of the upcoming Sandy Hook Promise gala thanks to Alex’s beliefs that the tragic Connecticut elementary school massacre of 20 students was all a hoax.

Her ratings only continued to plummet further after that, putting her lastest episode with 3.4 million viewers behind reruns of both 60 Minutes (7.2 million) and America’s Funniest Home Videos (3.9 million).

News of Kelly’s ratings drop comes amid reports that her morning show will feature a live audience. Perhaps this will boost her appeal?

The show will air at 9 a.m. and will be part of the “Today” show lineup, though a live studio audience will set it apart from the other hours. The possibility of a live audience had previously been reported, but now it’s official.

The network is currently looking for an audience coordinator ahead of the late September debut, the same week NBC is kicking off its prime-time schedule, which means it will benefit from maximum promotion time.

Students Love Socialism... Just Can’t Define What It Is (Video)