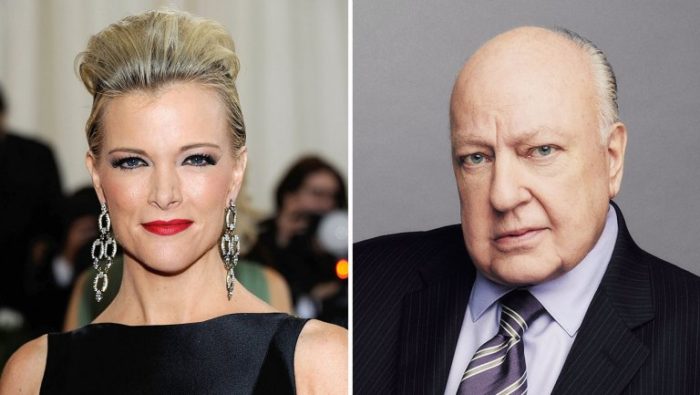 Seems like Ailes has more than just the sexual harassment reports to worry about. What about the reports that he is being pushed out of the company…

Sources claim Kelly was a legal correspondent in the mid-2000s when Ailes harassed her.

According to Sherman’s New York magazine report, Kelly told investigators hired by the Fox parent company that Ailes made “unwanted sexual advances toward her” about a decade ago, according to the report, which credits “two sources briefed on” 21st Century Fox’s probe into Ailes.

This news comes on the heels of another New York magazine report that says multiple unnamed sources claim the Murdochs have decided to fire Ailes. In response, a 21st Century Fox representative issued a statement that “this matter is not yet resolved and the review is not concluded.”

Ailes has pushed for private arbitration in his legal battle with ex-anchor Gretchen Carlson, arguing her employment contract with the network contains a mandatory arbitration clause. But Carlson says this lawsuit has nothing to do with Fox News and Ailes can’t hide behind that clause.

So far the battle has been very public, with several female Fox News employees coming out in support of Ailes and others saying that they’ve also been harassed by the CEO.

Kelly is widely considered the most high-profile female Fox News anchor in recent years and, if the reports are true, her position against Ailes in the battle would be significant.