Well, He’s not wrong. I love Mel Brooks, not only is he right but he has given me hours of laughter. When the self-righteous PC cowards run things, we all stop laughing. Strong people can laugh at themselves while cupcakes & snowflakes just can’t…

Washington Times: Veteran comedian and filmmaker Mel Brooks says political correctness is killing comedy and that some of his movies would never have been made in today’s climate. 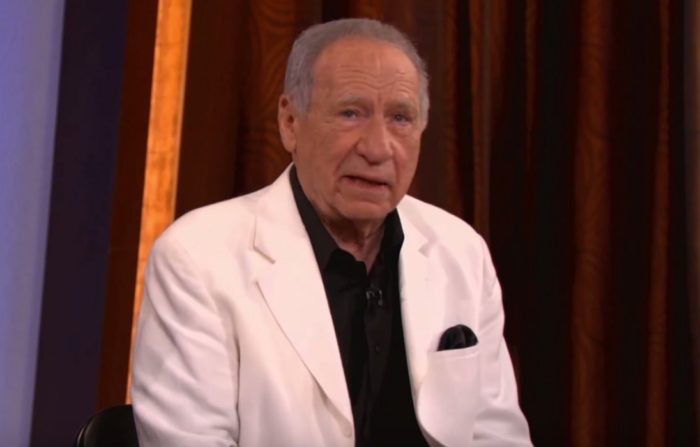 Mr. Brooks, 91, told BBC Radio 4 on Thursday that his 1974 comedy western “Blazing Saddles,” which satirized racism in Hollywood, would never be made today because people have gotten too serious.

“I like naked people, they are usually the most polite.”

Mel Brooks telling it like it is #r4today pic.twitter.com/GCPjMy5NU5

“We have become stupidly politically correct, which is the death of comedy,” he said. “It’s OK not to hurt feelings of various tribes and groups, however, it’s not good for comedy. More

Daily Caller: Comedy legend Mel Brooks is speaking out about political correctness and how it is leading to the “death of comedy.” Best known for his politically incorrect comedies like “Blazing Saddles” and “The Producers,” Brooks has always taken risks with his writing by satirizing racism.

Brooks, who said he could find humor in almost anything, warned on Thursday that political correctness is strangling comedians from being able to perform and said there only a handful of subjects he personally wouldn’t make fun of.

Speaking on BBC Radio 4’s Today program, Brooks stated: “We have become stupidly politically correct, which is the death of comedy.”

“It’s not good for comedy,” he added. “Comedy has to walk a thin line, take risks. Comedy is the lecherous little elf whispering in the king’s ear, always telling the truth about human behavior.” More