Melania & Barron Trump Won’t Be Moving To The White House? 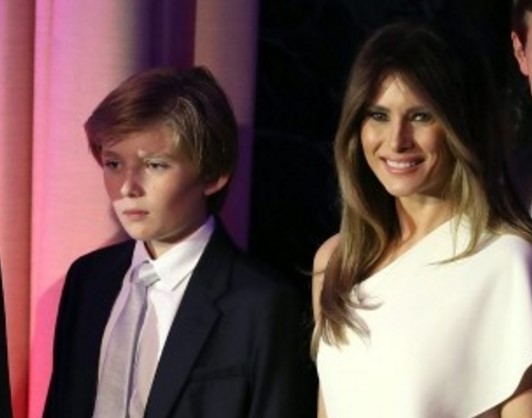 The media and the left have scared the heck out of the boy. If this is even true Melania would be doing the the right thing by not exposing him all the media BS.

Future First Lady Melania Trump and son Barron will not be moving to the White House after Donald Trump’s inauguration in January, The Post has learned.

The president-elect’s 46-year-old wife and their 10-year-old son are staying put at the family’s glitzy Trump Tower penthouse so that Barron can continue attending his Upper West Side private school, sources told The Post.

“Melania is extremely close to Barron, and they have become closer during the campaign,” said a source close to Trump’s transition team. “The campaign has been difficult for Barron, and she is really hoping to keep disruption to a minimum.” More

Anti-Trump Criminal Sets Car On Fire For Having Trump Sticker

Melania & Barron Trump Won’t Be Moving To The White House?