The Obama regime was infamous for racking up more debt than any president in US history and reaching their tentacles into every aspect of government. The former First Diva had at least 16 assistants that cost American taxpayers $1.24 million a year. So when the First Lady Melania Trump found the nasty leftover from Michelle Obama’s reign, she decided to put an end to it… 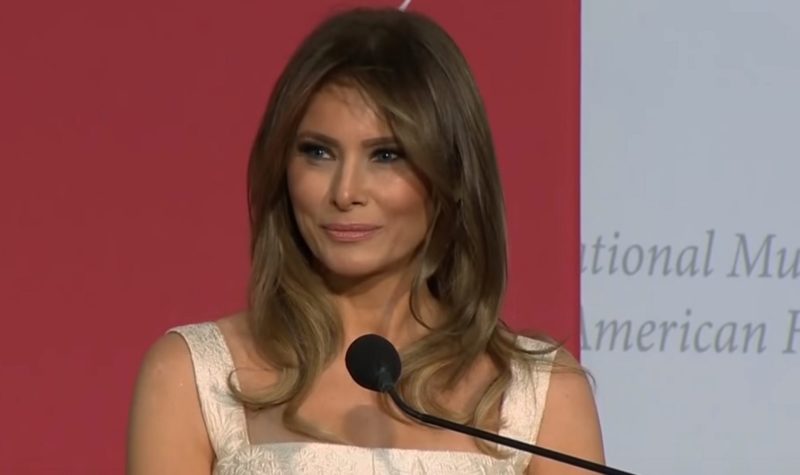 Melania is trying a new approach in the White House as our first lady, it’s called “respecting” the taxpayer. We all know by now how much Michelle Obama suffered in the White House, and if you don’t, you haven’t’ been watching the news, as she travels around speaking about how much she endured for the sake of appearances. Well, now it’s been revealed that Michelle wasn’t suffering due to a lack of personal aides in the White House. And as it turns out, First Lady Melania Trump is proving to us that not only can you actually can be happy in the White House, you can be a very active first lady without making Americans pay through the nose. Read more at 100%FedUp.

Melania Trump is embracing a more active and public schedule as first lady – but she still runs one of the leanest East Wing operations in recent history.

According to a Fox News analysis of White House personnel reports, Melania Trump has significantly reduced the number of aides on the first lady’s office payroll in comparison to her predecessor, Michelle Obama.

This year, just four people were listed working for Melania Trump as of June. Their salaries totaled $486,700.

Grisham told Fox News this week there are nine people working in the East Wing under Melania Trump, a few more than listed in the annual report.

According to those personnel reports, Melania Trump’s staffers include a chief of staff, a communications director, a deputy chief of staff and a deputy director of advance.

Michelle Obama’s staff included those same positions and a slew of others: additional press aides, a director of policy and projects, a personal aide, a traveling aide and a director of correspondence.

Michelle Obama’s office did not return a request for comment. Read more at Fox News.