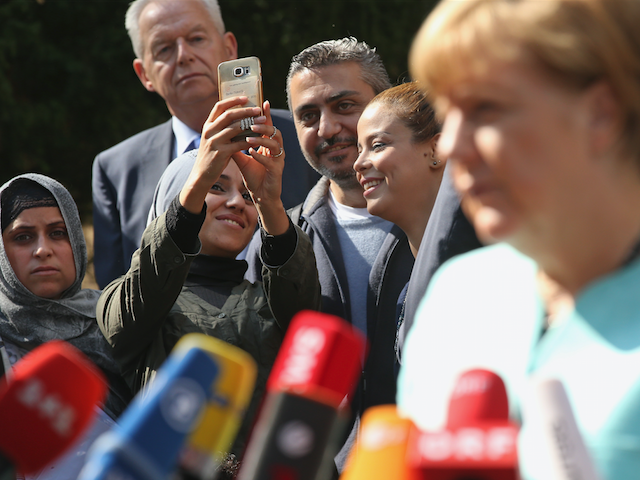 Angela Merkel stuck to her guns until recently when she couldn’t deny the horrible situation anymore. How many rape and assaults could have been avoided?

One year after suspending European Union (EU) rules and inviting “no upper limit” of migrants to Germany, Angela Merkel has admitted she made mistakes.

“We didn’t embrace the problem in an appropriate way. That goes as well for protecting the external border of the Schengen area”, the German Chancellor said in an interview, finally admitting some responsibility for the migrant crisis.

However, she also blamed other EU nations for not acting quickly enough to tackle the problem she helped to create. “In Germany we ignored the problem for too long and blocked out the need to find a pan-European solution”.

When asked if Germany was complacent after years of welcoming migrants from other nations, she said: “I cannot deny that.”

It’s almost precisely one year since the Germany Chancellor scrapped the Dublin agreement, promising to welcome unlimited numbers of Syrian migrants, no matter how many safe countries they pass through first.

The Hungarian Prime Minister, Viktor Orbán, was quick to slam the “invitation” and accuse Germany of “moral imperialism” as hundreds of thousands of migrants began to flood into his nation. He was accused of racism.

As recently as the end of this July, Mrs. Merkel was defending the decision, repeating her mass migration catch phrase – “we can do this!” – and claiming she “acted in line with my knowledge and conscience”, insisting Germany would “stick to our principles”.

The Chancellor’s sudden change of heart is already being mocked in the German press:

“There are political issues that one can see coming but don’t really register with people at that certain moment – and in Germany we ignored both the problems for too long…” Mrs. Merkel also said in the interview.

Some of those “political issues” for the Chancellor were revealed yesterday, when an opinion poll showed the Chancellor’s conservative Christian Democrats (CDU) haemorrhaging support and the anti-mass migration AfD party surging.

A Forsa poll showed her group in the German legislature had fallen to 33 per cent, down two points from last week and eight points from a year ago. The AfD rose two points to 12 percent, their second-highest level this year.

Then today, a separate, pre-election poll showed that the AfD has overtaken the CDU in the eastern state of Mecklenburg-Vorpommern, Cicero magazine reported.