Dear AG Sessions: Quit Playing Mr. Nice Guy, The Future Of The Republic Is At Stake

President Trump absolutely needs to tell AG Sessions and others to grow a pair when dealing with the people who lost. If he had as much laser focus to do for our side as the gunrunner Eric Holder had for the Democrats, Hillary would already been in handcuffs on her way to jail by now.

What happened to the fierce Jeff Sessions that we used to know? 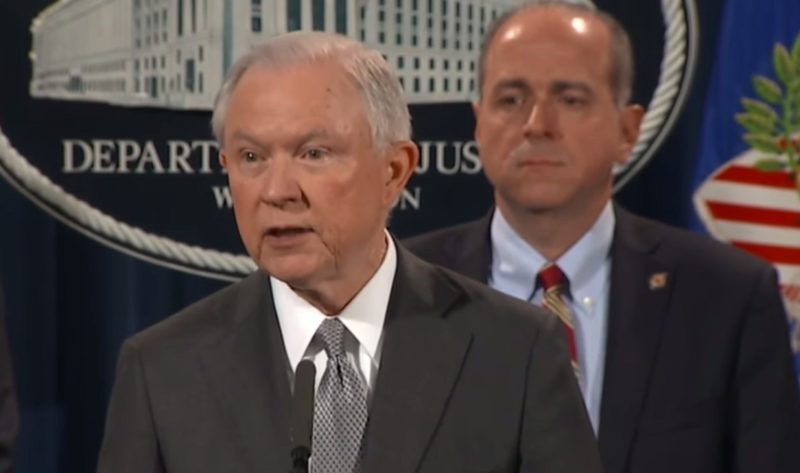 Donald Trump was miraculously elected President after months of lies, misrepresentations and scathing remarks from the ultra- liberal mainstream media (MSM) and the quasi-communist Democrat Party. The Democratic Party was once the socialist party but when socialists cross the line to violence they become head-bashing communists.  That is today’s Democrat party.  They’re through negotiating.

Democrats can’t win elections on their far left ideas that always fail and bring pain and suffering so they play pretend moderates during the election cycle and then vote far left when in office.

Democrats also no longer stand for democracy.  Currently, the party is battling Bernie supporters in court who claim Hillary stole the Democrat Presidential nomination from little Socialist Bernie Sanders.  (She did.)  The DNC is arguing in the case that the:

DNC can do whatever it wants without being legally bound to the [DNC] charter. The resulting message is that the Democratic Party serves the interests of itself and its wealthy donors and that its voters have no choice but to deal with their totalitarian authority and undemocratic processes.”

The liberal media refuses to cover this story.  Nor did they cover any of Barack Obama or Hillary Clinton’s numerous criminal acts:

These two polar opposites are not compatible and that is why some say the country is perilously close to Civil War.

– Totalitarianism versus democracy.
– Communist Democrats and their liberal media cohorts versus Donald Trump.
– Slavery versus freedom.

Jeff Sessions should know this. He was played by the MSM and Democrats before he took office as US Attorney General and recused himself from any Trump – Russia crackpot conspiracy investigations.

They played him for the nice guy he is and he got burned.

Democrats don’t play fair. It’s high time they be held accountable for their criminal, treasonous and communist acts.  Democrats, Deep State and their MSM cohorts are now in all-out Civil War against President Trump who is trying to return the country to democracy and greatness.

Trump’s economic policies of less government are already taking hold and the economy is on fire due to confidence in President Trump’s leadership.

It’s now time for his Attorney General Jeff Sessions to begin indicting Obama and Clinton and all of their criminal cohorts for their criminal activities.

Trump is America’s only hope. Let’s hope AG Sessions sees this more clearly and moves forward with investigations and indictments that are long past due.

When Trump supporters chanted “Lock Her Up!” they meant it.

Democrat Dennis Kucinich Has A Dire Warning For America: Deep State Is Trying To Take Down The President & It Needs To Stop

Colleges Are Putting Tampons In Men’s Bathrooms... Men Can Have Vaginas Too

Dear AG Sessions: Quit Playing Mr. Nice Guy, The Future Of The Republic Is At Stake