Mexicans Vow To Fight Trump By “Jamming US Courts” 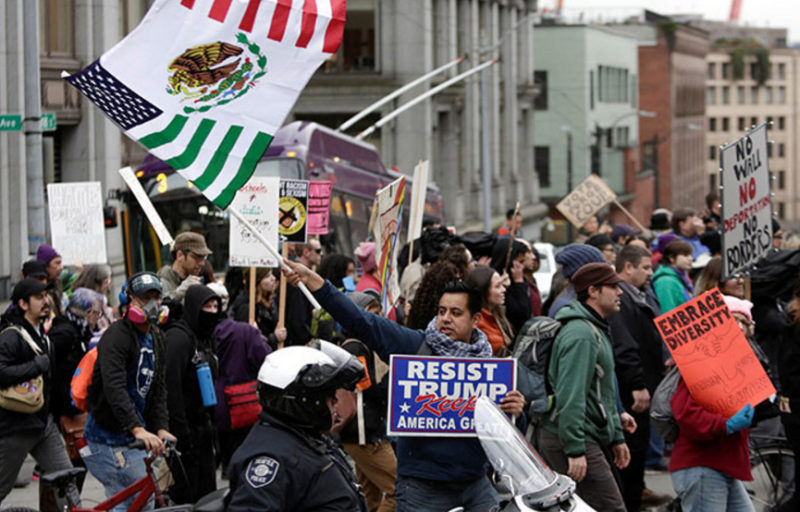 Mexicans are vowing to fight President Trump by “jamming us courts” as deportations are starting to surge.

Clog the courts, eh? When they lose their case and they most likely will there should be huge fine. That will likely unclog the courts really fast.

While much of the media airtime in the past few weeks has been dedicated to Trump’s ongoing legal battle with the US judicial system over his now halted immigration order temporarily blocking the entry of refugees and travelers from seven nations, a separate push to remove illegal immigrant from the US has quietly – or not so quietly – commenced in recent days, resulting in a deeply concerned, at times violent, response by some of the millions of illegal aliens residing in the US.

Some recent cases documented by the NYT include an Austin, Tex., undocumented women working in a laundromat, a day laborer and mechanic in Staten Island, and Savannah, Ga., undocumented restaurant workers. As the Times put it, “as reports of immigration raids and roundups have rocketed across Twitter, Facebook and texts around the country, undocumented immigrants, their lawyers and advocacy groups are bracing for the increased enforcement that President Trump has called for.”

Overnight this sudden start in deportation activity prompted the Mexican government to urge its citizens living in the US to “keep in touch with its nearest consulate” and to make emergency contingency plans the day after at least one mother was deported, following President Donald Trump’s executive order. In a statement released Friday, the Mexican Foreign Ministry said that the country’s consulates in the US have “intensified their work” to protect fellow nationals, and are anticipating “more severe immigration measures to be implemented by the authorities of this country, and possible violations to constitutional precepts during such operations and problems with due process,” according to a CNN translation. More

Mexicans Vow To Fight Trump By “Jamming US Courts”