Michael Moore Makes It To Trump Tower’s 4th Floor, Tries To Confront Trump To Ask Him To Step Down 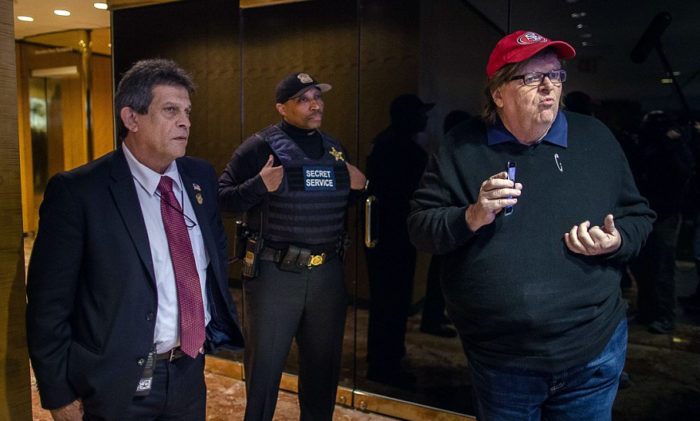 Did we just now step into an alternate universe? When did Trump lose? Well, I must have missed that. Michael Moore is one more left wing looney who thinks his vote is more important than yours.

Secret Service should arrest his sorry ass for inciting to riot.

Liberal film-maker Michael Moore made it to the fourth floor of Manhattan’s Trump Tower in his bid to confront President-elect Trump and call on him to step down, before he was stopped by Secret Service guards.

Moore, who had been a vocal critic of Trump during the election, joined thousands of people in protesters in New York on Saturday morning, before he managed to get inside Trump Tower.

After making his way into the Donald’s Central Park skyscraper, Moore attempted to get to Trump’s office. More

You lost so suck it up, buttercup…

Michael Moore Makes It To Trump Tower’s 4th Floor, Tries To Confront Trump To Ask Him To Step Down