Yes, please run Michelle! Because a failed school lunch program is the exact political experience we so desperately need in our president.

I hope she runs just so she can be totally humiliated by President Trump when she loses and we can really laugh as liberals have a complete and total meltdown. 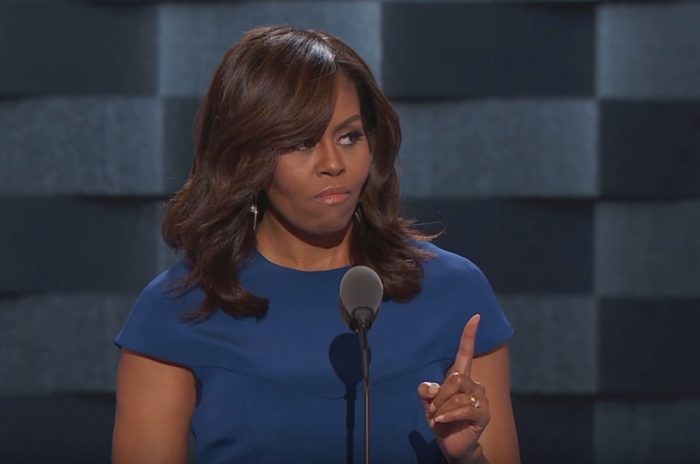 Doug Schoen is a Democratic analyst and a FOX News contributor. He suggests that the only Democrat who could win the election in 2020 is Michelle Obama.

He writes at The Hill: Michelle Obama outshines all Democratic prospects for 2020

It cannot be overstated how eagerly the Democrats want to take back the White House in 2020.

The Democrats face many obstacles in this effort, but the greatest threat is the fierce internal divisions within the party.

The only person I can see accomplishing this would be none other than the party’s most popular political figure: Michelle Obama.

Let me be clear: This is not an endorsement. I have been, and still am, critical of Barack Obama’s presidency. Michelle Obama would not be my candidate, and I do not agree with many of the positions I believe she would advance. But as an analyst, Michelle Obama is clearly the Democrats’ best chance to reunite the party and win back the White House in 2020.

Michelle Obama has repeatedly stated that she’ll never run for office. She seems to enjoy the life of leisure too much for such a job, anyway.

Heartwarming Video: Man In Florida Gives His Generator To Woman With Sick Father