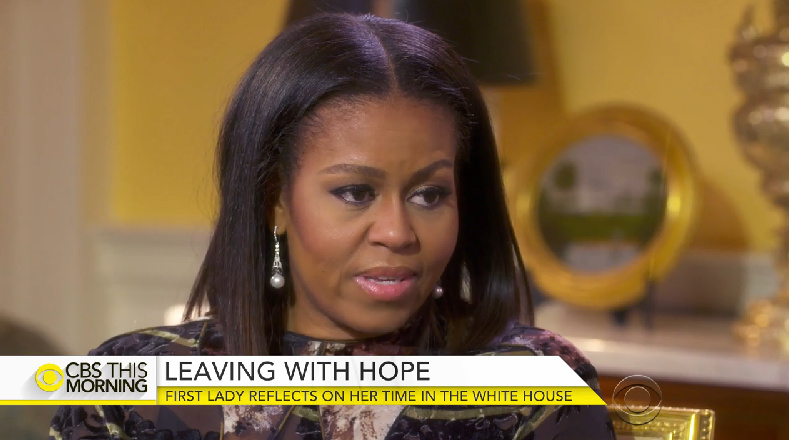 Do you feel bad for her? No I didn’t think so…

First Lady Michelle Obama told Oprah Winfrey in an interview that aired Monday that the 2016 election was painful for her as a citizen and that Americans are now feeling what “not having hope feels like.”

With her time as first lady winding down, Obama sat down with the famed talk show host and explained her thoughts on the election, her husband’s presidency and the public’s perception of her. A common face on the campaign trail stumping for Hillary Clinton, Obama said that the election was particularly hard for her.

“You know, this — this past election was challenging for me as a — as a citizen. To watch and experience. It was painful,” she said.